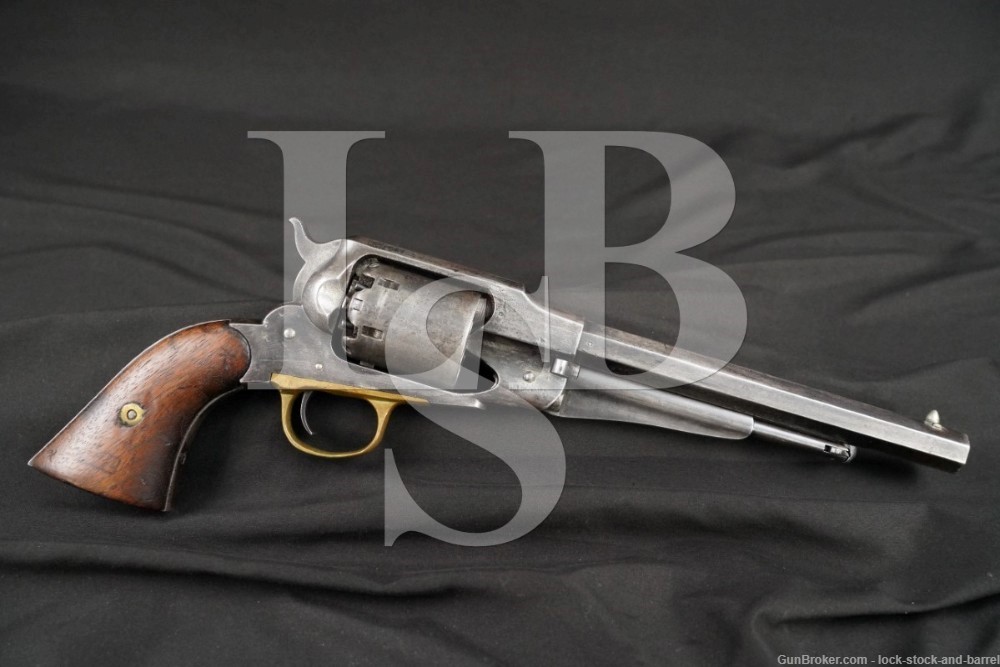 Stock Configuration & Condition: The grips are smooth wood panels. The grips are shy to the grip frame. There is a small loss on the bottom-front corner of the left panel. There are scattered scratches, scuffs, compressions, dings, and areas of discoloration. The screw escutcheons are proud ot the wood. The grips rate in about Very Good overall condition as Antique.

Bore Condition: The bore is gray. The rifling is worn but well defined. There are scattered areas of erosion and pitting in the bore.

Overall Condition: This handgun retains less than 30% of its metal finish. There is mottled thinning, patina, and finish loss. There are some scattered little nicks, dings, scratches, and areas of erosion. There are streaks from abrasive cleaning. The ramrod retainer is worn and the ramrod can easily be knocked out of place. There is wear on the edges. The front sight has been modified and the dovetail cut has welded metal. The markings are clear. The screwheads show use. Overall, this revolver is in about Good condition as an Antique