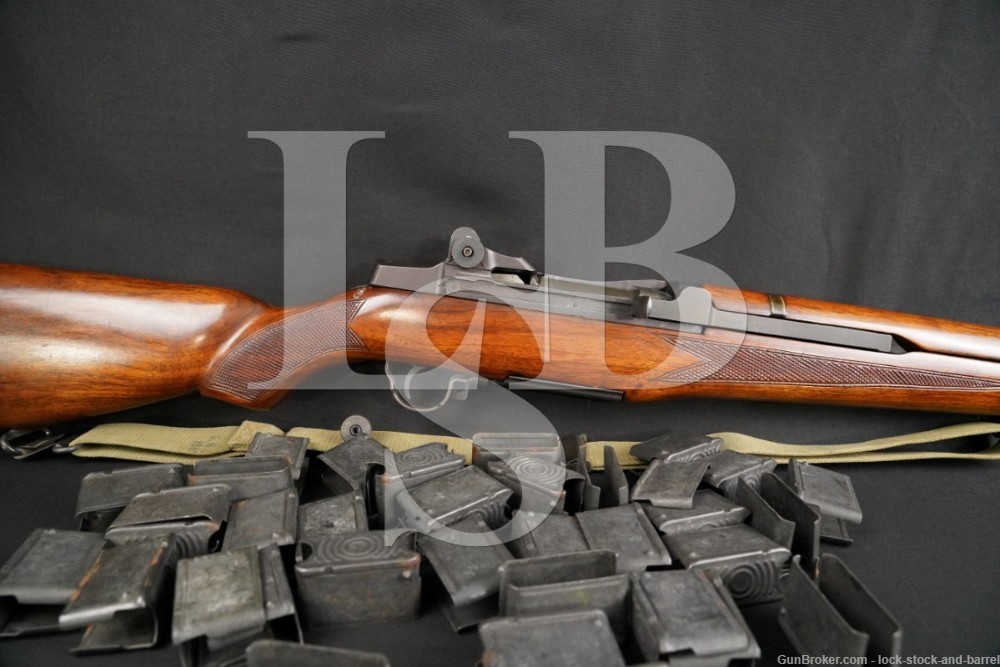 Stock Configuration & Condition: The wood stock has a pistol grip, metal nose caps, stacking loop, two sling loops, checkering, and a metal buttplate with hinged door for storage in the butt. The refinished buttplate has a  surface erosion erosion bleeding through the new finish. The top of the grip shows a repair and is missing a small section of wood. The wood shows scattered scrapes, scratches and handling marks. Most of the marks are small or light. The LOP measures 13 inches from the front of the trigger to the back of the buttplate. The stock rates in about Very Good Plus condition as refurbished.

Bore Condition: The 2 grooved Model 1903 barrel is mated to the rear of an M1 Garand barrel. The lands are bright, the grooves are semi bright and the rifling is sharp. There is fouling in the grooves which should clean up some. There is intermittent erosion in the grooves near the muzzle. The bore shows an M.E. of 0.0. The throat shows a T.E. of 3.

Overall Condition: This rifle retains about 95% of its metal finish as refinished. The trigger guard has surface erosion showing through the new finish. The metal shows scuffs, light scrapes and handling marks. The bolt and trigger guard were not refinished in blue. They show some discoloration. The receiver and bolt show operational wear. The markings are deep. Overall, this rifle rates in about Very Good Plus condition as refinished.

Mechanics: This is a restored rifle. The receiver has been re-welded. The barrel is a 2 grooved Model 1903 barrel mated to the rear of an M1 Garand barrel.
The action functions correctly. We did not fire this rifle. As with all used firearms, a thorough cleaning may be necessary to meet your maintenance requirements.

This Springfield Armory M1 Garand was originally made between 1952 and 1954. This is a Restored Rifle. The receiver has been re-welded and the barrel has been assembled by mating a 2 grooved Model 1903 barrel to the rear of an M1 Garand barrel.
The rifle has been refinished and has clear markings on the metal. It looks good and should be fun to shoot. It comes with an extra windage knob for the rear sight and 36 clips. Good luck.