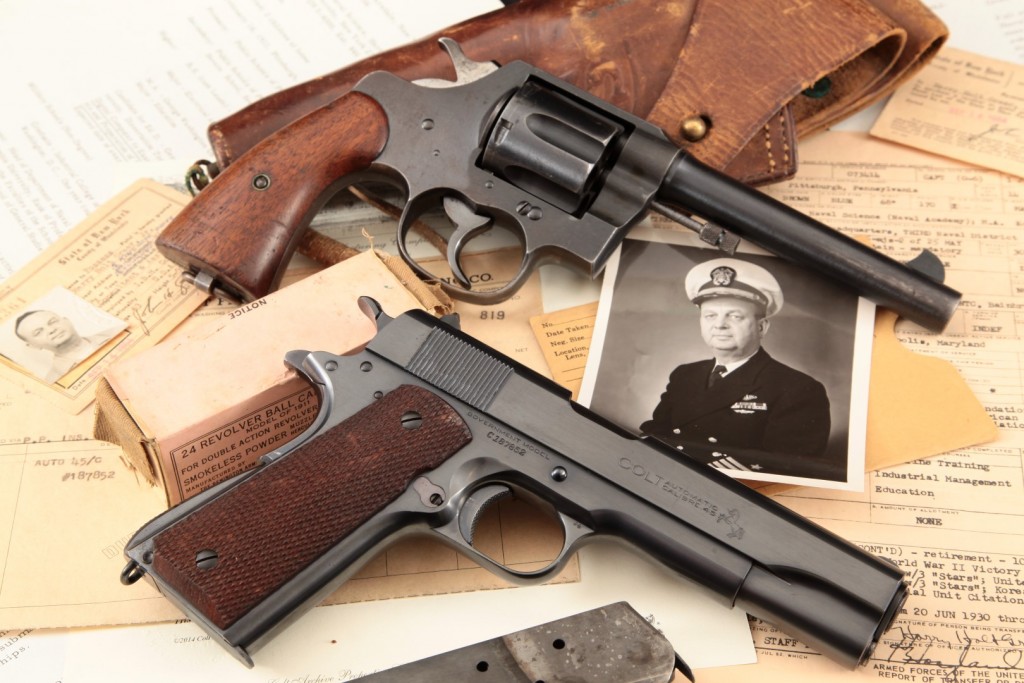 Here is one of many interesting stories found on Captain Greer:

On September 14, 1944, at 12° 24′ 60.000″ N, 127° 29′ 0.000″ E, Seahorse sighted three Japanese men in the water. Since there was no wreckage in sight, it was believed these men must have been the crew of a plane. The captain gave the order to pick up one of them to take back for interrogation by naval intelligence. They selected the man who seemed to be the most desirous of being picked up. After the prisoner was brought aboard subsequent events were to prove he was a bad choice. He was suffering from shock, exposure, and serious wounds. The pharmacist’s mate began working on him, but the prisoner soon lapsed into unconsciousness and died. He was buried at sea. The captain ordered that one of the two men still in the water be retrieved. However, only one was seen afloat so he was brought aboard. It was later determined that he was a fourth survivor who they had missed earlier. His clothing and equipment verified that he and the men in the water were members of a ditched plane crew. The prisoner also verified this fact later via sign language. “Eventually the crew warmed to the young man, identified as Seiza Mitsuma, a seventeen-year-old bomber radio operator. When the Seahorse made an attack, Mitsuma was handcuffed to a bunk in the crew’s quarters and kept under armed guard. After several weeks, though, he was given a degree of freedom and put to work cleaning and cooking. As described by one of the Seahorse crew, yeoman Dell Brooks, he was ‘Really a nice kid and the entire crew took to him.'” (Quote from Sturma, Michael, Surface and Destroy: The Submarine Gun War in the Pacific, p. 148.)

Awarded for actions during the World War II

The President of the United States of America takes pleasure in presenting the Navy Cross to Commander Harry Holt Greer, Jr., United States Navy, for extraordinary heroism in the line of his profession as Commanding Officer of the U.S.S. SEAHORSE (SS-304), on the SEVENTH War Patrol of that submarine during the period 9 March 1945 to 27 April 1945, in enemy controlled waters of the Pacific War Area. Notwithstanding the constant danger of detection, aerial bombing, rocks and shoals, Commander Greer completed an important special mission close in-shore and despite severe enemy countermeasures and damaged from prolonged depth charging, brought his ship safe to port. By his leadership, courage and devotion to duty, he contributed materially to the success of the Seventh War Patrol of the SEAHORST and upheld the highest traditions of the United States Naval Service.

Events related to this officer

9 Mar 1945
USS Seahorse (Cmdr Harry Holt Greer, Jr.) left base for her 7th war patrol, and was ordered to patrol the Tsushima Strait.

12 Jul 1945
After repairs and overhaul USS Seahorse (Cdr. H.H. Greer, Jr) left Pearl Harbor for her 8th war patrol. She was to patrol of the Izu Islands, Japan. When the war ended on 15 August 1945 Seahorse was on patrol 40 miles southeast of Hachijo Shima. She returned to Midway in the latter half of August. 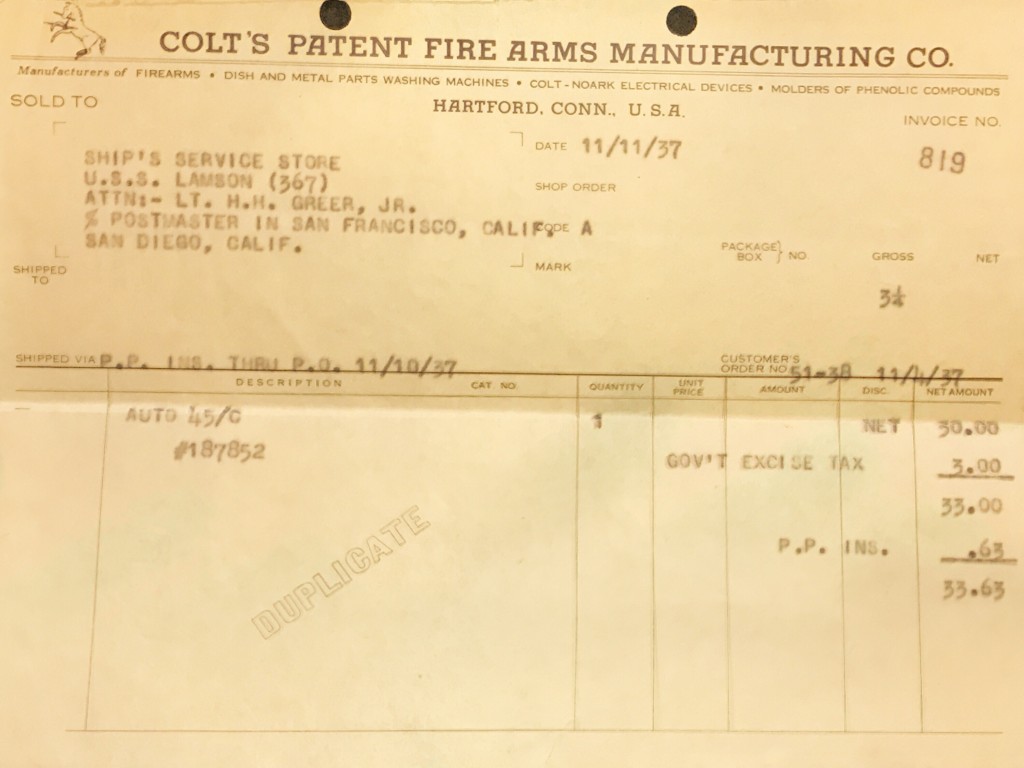 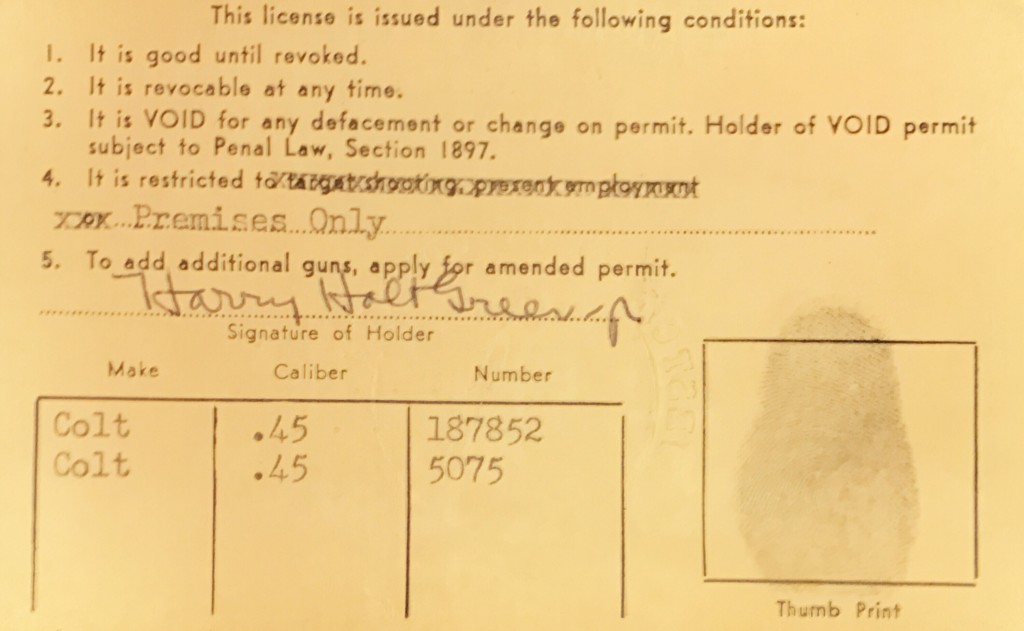 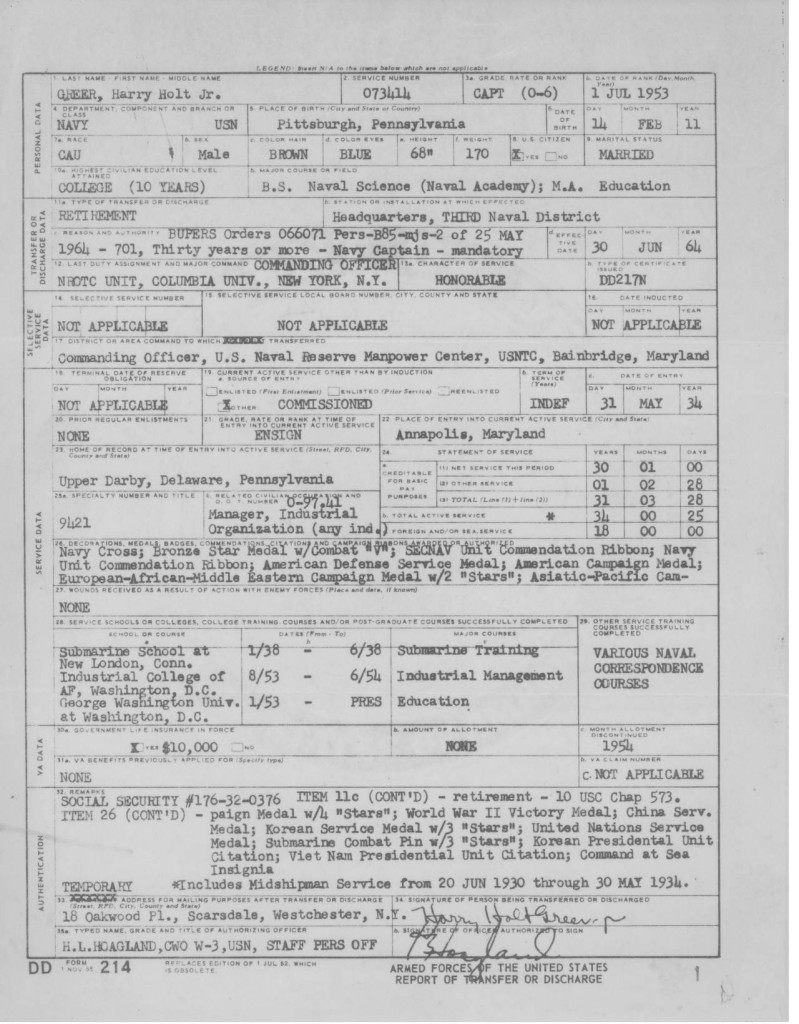 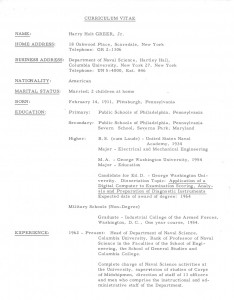 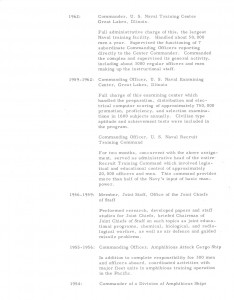 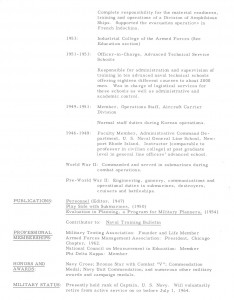 This pistol comes with one magazine, a suede pouch, a Colt letter, holster, and various pictures and mementos belonging to Captain Harry Holt Greer from his long career in the U.S. Navy. The magazine is two-tone: blue and “In The White”. It shows no observable wear and only a very tiny mark on the bottom of the floorplate. It is in Excellent condition. The pouch is of modern design manufactured by ALLEN with a rust suede outer covering and a faux fleece interior, and is in Excellent condition. The Colt letter identifies this pistol as being made in 1937 and shipped to the Ship Service Store of the U.S.S. Lawson in San Diego, CA. for Lt. H. H. Greer. The holster is a dark brown leather shoulder holster with rawhide trimmings around the holster and shoulder strap. The inside surface of the shoulder strap appears aged and rough from use. The holster shows a few marks in its finish and the stitching is intact. The holster is in about Very Good condition. There is a photograph of the crew of the U.S.S. Lamson, the ship Captain Greer was stationed on when he took possession of this pistol, three pictures of Captain Greer (one showing him getting a medal and a copy of his official Navy photograph), a picture of the SS325 (sister ship to the U.S.S. Seahorse SS-304 Captain Greer commanded during WWII) and a picture of a submarine surfacing. His mementoes include his discharge papers dated 1964 showing he receiver many medals during both WWII and the Korean War including the Navy Cross and Bronze Star with Valor, a career resume, a folder entitled “A Log of My Cruise as a Midshipman on the U.S.S. Wyoming”, a cardboard placard from the U.S.S. Seahorse showing her Japanese kills during WWII and an oak nameplate with Captain Greer’s name on it. Unless noted, all items but the placard are in Fine condition, and the placard is torn in two places on its left edge, with surface loss on the back side of the placard, and in about Good to Very Good condition.

This is a breathtaking gun and as desirable as any we’ve ever seen. It is almost perfect and without a doubt, factory original. The condition speaks for itself and can only be explained by something said by our consignor, Captain Greer’s Grandson; His grandfather did not like guns and kept it at the bottom of his foot locker, but kept that footlocker and thus the pistol from 1937 until his death, though every tour and ever battle since. From the discharge paperwork, we can determine that this gun was with him through over a dozen tours of combat, in both the European and Pacific Theaters of WWII, Korea, and after – 4 in a submarine. He was awarded the Navy Cross and a Bronze Star with Valor devise for bravery in combat. We could go on and on, but we tell every good collector that you don’t need to buy a gun that doesn’t speak for itself, and this one speaks for itself more than any other we have sold. Almost perfect and (as confirmed by the factory letter) shipped to the later Hero Naval Captain H. H. Greer, aboard the USS Lamson before the start of WWII in San Diego Harbor in 1937…