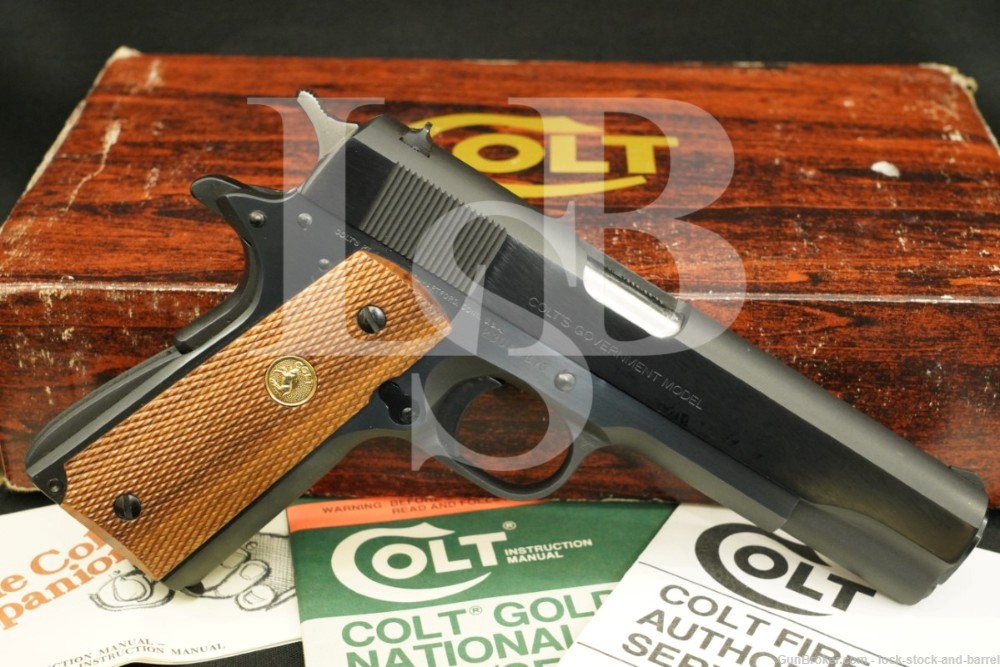 Stock Configuration & Condition/ Grip: The grips are two-piece checkered wood with gold Colt medallions. The checkering is sharp and there is some light handling wear. There are no chips or cracks. Overall the grips are in about Excellent condition.

Mechanics: The action does not function correctly, the hammer falls to half-cock when the slide is cycled. The included magazine does not lock the slide back. The slide has minor play to the frame. The trigger is crisp. We did not fire this pistol. As with all used firearms, it may need a thorough cleaning to meet your maintenance standards.

Box Paperwork and Accessories: Included is a serial matching box, a single 7-round magazines, and paperwork including a manual.