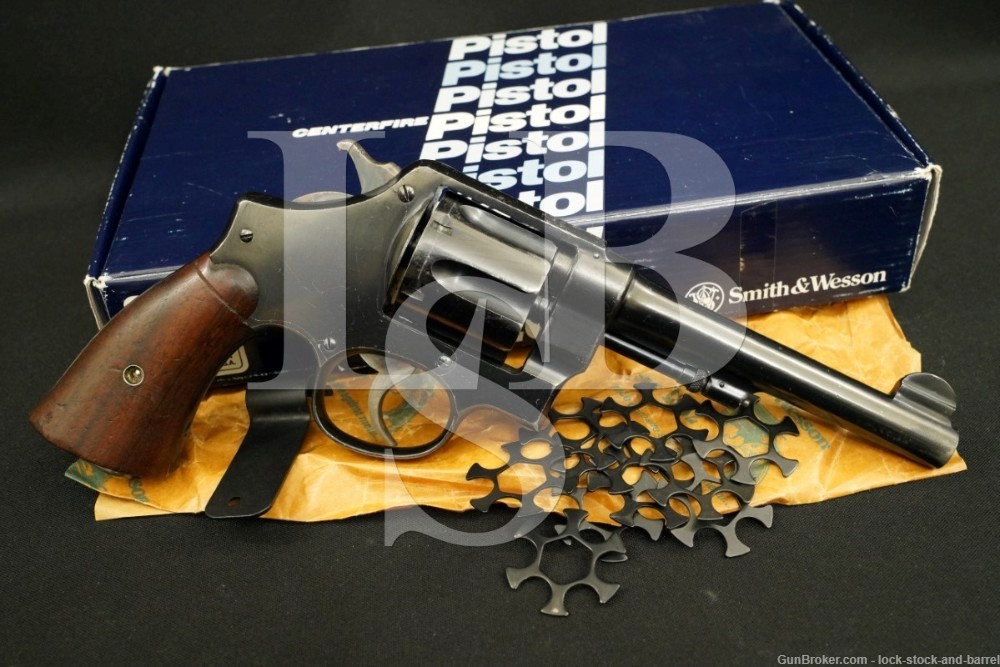 Stock Configuration & Condition: The grips are two-piece smooth walnut. There are scattered nicks, scuffs, compressions, and light scratches. There is a border that has been carved into each panel at the top. There are some areas of minor discoloration. There are no chips or cracks. Overall, the grips are in about Very Good condition.

Bore Condition: The bore is bright. The rifling is shallow but clearly defined. There are some spots of faint pinprick erosion.