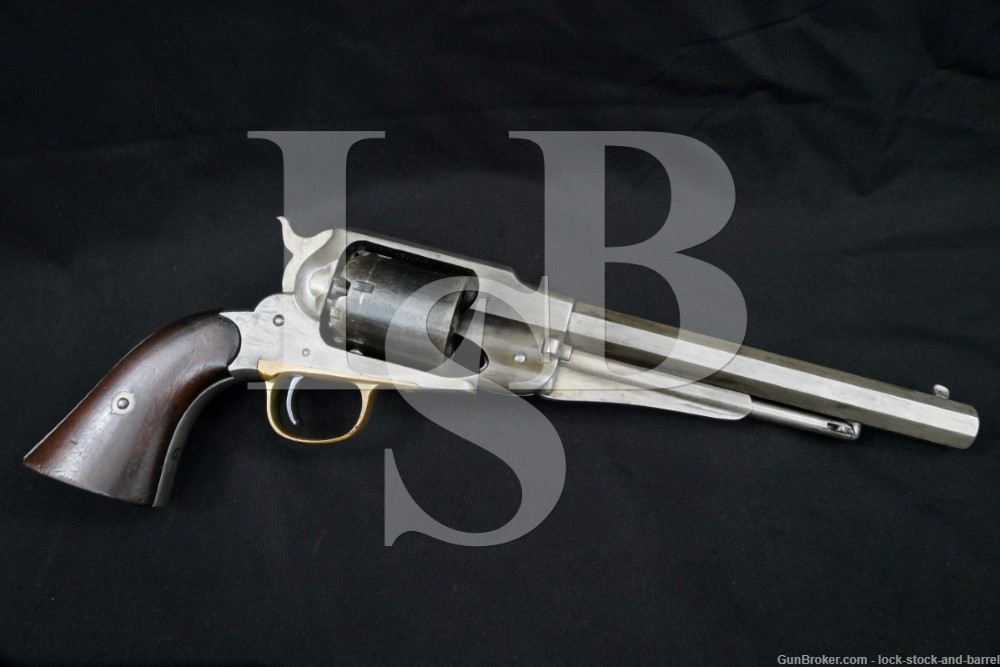 Stock Configuration & Condition: The grips are smooth wood panels. There are some scattered little compressions and dings. The deepest marks are on the bottom faces. The grips are shy in certain areas. There are no chips or cracks. The grips rate in about Fine overall condition as Antique.

Finish Originality: Areas of original finish and bright metal are visible but it appears that a clear coating has been applied. Other areas appear touched up.

Bore Condition: The bore is mostly bright and the rifling is strong with rounded edges. There are a few patches of erosion and light pitting.

Mechanics: The action functions correctly. The cylinder lockup has some side-to-side movement. The nipples are onscurred. We did not fire this handgun. As with all used firearms, a thorough cleaning may be necessary to meet your maintenance requirements.