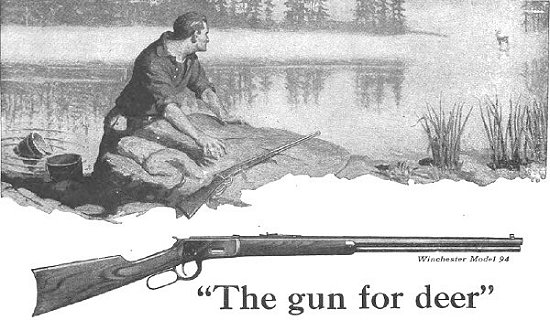 Is there anything more graceful than a lever action carbine?

Watching the graceful athletes of the Olympics put me in mind of this: there is no wasted material, no ennui, no entropy.  Everything that you need is there; nothing that you don’t need is included; everything has a purpose.

If you’ve ever tossed a baseball around, you know what I’m talking about;  put that 5 ounce, pearl-white, hand-stitched sphere in your hand, and it simply begs to be thrown.  Well, the same is true of the lever action carbine.  Grip a sample, and throw it up to your shoulder; be it an 1892 carbine, a Marlin 1894, or a saddle ring 1894 Winchester .30-30.

Note how svelte and lithe they all feel.  Note, too, how the weight balances between your hands.  As you bring it up to your shoulder; feel how it points, almost as if it was an extension of your own arm.  Swing it back and forth; that elegant balance allows the barrel to easily whip to and fro, like an epee, a rapier, or a saber.

Rack the action.  It is perfect for a quiet first shot, or a rapid follow-up shot.  As many shots as you are ever likely to need, thanks to the clever engineering of the tube magazine.  Nothing protrudes.  It slides in and out of a saddle sleeve, gun case, or rifle rack, without getting caught on anything.  All purpose; no waste.

It reminds us of how we, as a people, used to be.  All business, with grace and elegance, nothing that you don’t need, but always enough there to do the job.

It is the iconic American firearm; the British have their doubles, the Euros, their drillings, and everyone has some sort of shotgun.  The Euros never really warmed to the lever action, as a design.  Oh, sure, the Czar of Russia order thousands of 1895 Winchesters, the Spanish took a long run at it with their “El Tigre” copies of the 1892 Winchester, and Sako even made a short run of cleverly designed, lever action Finnwolf rifles.  But none of them ever seemed to stick.  Uberti makes some slick clones of pre-1900 1866, 1873, and 1886 rifles, but those are copies, and sold primarily to Cowboy Action shooters.

And why not?  The lever action rifle is an icon, an enduring reminder of the glory days of the American West.  Sleek, handy, and purposeful.  Thousands of settlers learned that you can provide game, protection, and defense against all comers, with one of these.  So simple to use that they can be taught to a properly supervised child, they still have a place in the world today.

And while the media and likely, your neighbors, would glance askance at you, stalking to your truck in the driveway, clad in a tactical vest, with a chest full of AR mag holders, the lever action rifle, with its iconic profile,  invites a nod, and a smile.

They don’t need to know that the .30-30 is the ballistic equivalent of an AK-47.  They don’t need to know that, chambered in .357 Magnum, the all time-fight-stopper, that a good cowboy action shooter, such as Spencer Hoglund can easily deliver 10 AIMED shots, in under THREE seconds.  It still makes a fine, low-threat-profile defensive weapon,  But that’ll be between us.

Oh, critics may decry the tube magazine, requiring flat-tipped bullets.  While much of that has been negated with the advent of modern polymer spitzer ammunition loadings, consider this; how many of us have any business taking a shot, in the real world, at much beyond 200 yards?  And have you seen what that abrupt bullet profile does when it hits game?  Transferring all of its energy in one resounding ‘whack’, the humble, antiquated .30-30 has been punching above its weight for over a century, now.  Need more thump?  There’s a cartridge for that, and every game animal on this earth has been taken by its big, and equally-obsolete antique cousin, the .45-70.  Put THAT load in a modern made, century old-designed Marlin Guide Gun, and go ahead, everything from grizzlies to water buffalo, have met their match.  All from a light, handy carbine, that it quick, accurate, and deadly.  And if you need that nearly-instantaneous follow up shot, kaboom, that’s there, too.

So go ahead.  Buy a firearm from us; anything you want. Buy an AR-15.  Buy that AK.  Get a thousand-meter bolt action rifle.  But don’t overlook the lever action carbine.  Look at our site; that’s what we do!  Buy, sell and consign quality firearms.   Kind of like the lever action; no muss, no fuss, just honest, online auctions, for just the guns, and the kind of deals, you want.  The kind of terrific deals you will find on Lock Stock, And Barrel’s website, where you will always find the best selection of guns for sale.