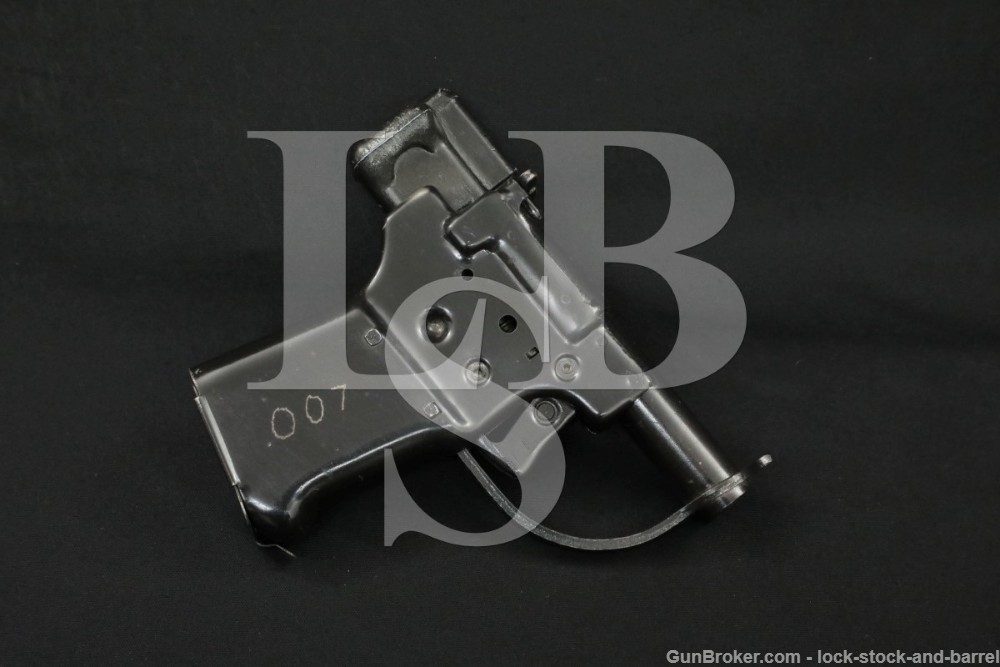 Stock Configuration & Condition: The grips are sheet metal and are integral with the frame. The grip portion of the frame has some scattered light nicks, scratches and the left side has some surface erosion under the finish, in about Good-Very Good condition.

Bore Condition: The smooth bore shows manufacturing marks, but no erosion or wear.

Overall Condition: This handgun retains about 95% of its current metal finish. It has some casting flaws, most notable in the cocking piece, lesser quality welds, most notable on the top of the chamber etc., typical of this model’s production. The new black finish shows some scattered nicks, scratches, handling wear on the cocking piece and some erosion under the finish. Overall, this handgun rates in Very Good-Fine condition as refinished.

Box, Paperwork & Accessories: The plate for the butt is included.

Our Assessment: Everyone wants one of these and the only thing to turn off collectors lately is the flooding of the market by VOCO Reproductions. This one, despite being refinished, is REAL. Your best reference is Man At Arms, Vol. 35 No. 2, April 2013 – page 39. All features confirming originality are found on this pistol: 1) Poor welding on the top of the breech, 2) lack of manufacturers markings, 3) lack of serial number, 4) poorly cast cocking pieces, 5) .450 bore diameter (reproductions had a groove to groove diameter of ,454).

This example has had a coat of black paint applied, likely to prevent continued erosion as these pistols were originally shipped unfinished, with its raw steel exposed to the elements. This would make a great addition to any WWII small arms collection. Please see our photos and good luck!