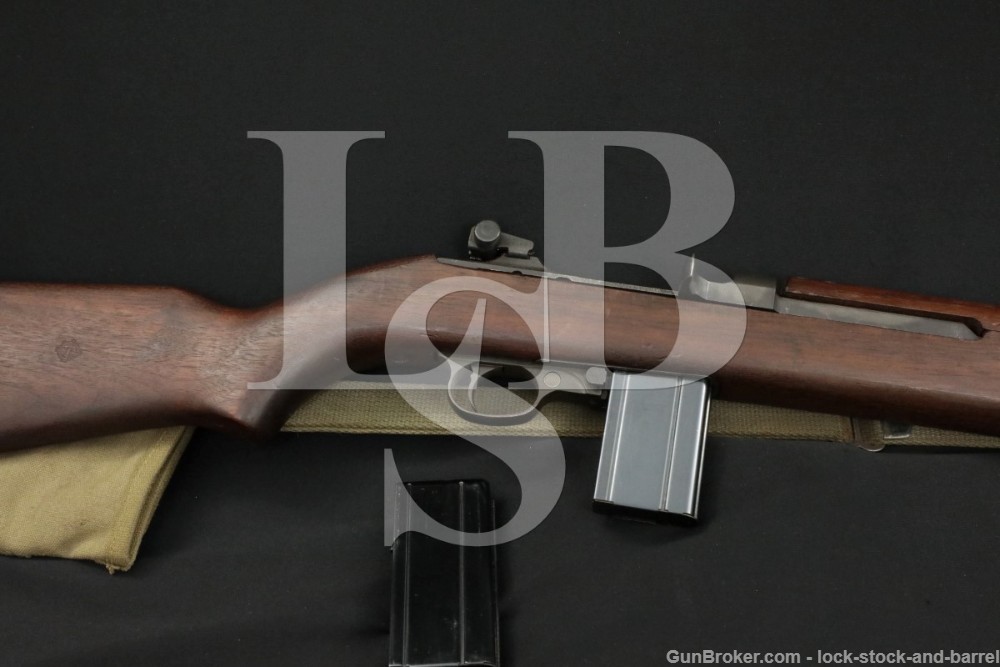 Make: Inland Division of General Motors. This receiver was produced for Inland by Saginaw Gear (subcontract).

Sights / Optics: The front sight is a post set between two protective wings. The rear sight is a Type III fully adjustable aperture.

Stock Configuration & Condition: The stock has a pistol grip, Type III barrel band with sling loop & bayonet lug, sling well, sling pass through and a metal buttplate. The wood shows several scrapes and scratches. Some have damaged small portions of the surface wood. The oiler cutout has been slightly widened to make it easier to remove the oiler. The LOP measures 13 ? inches from the front of the trigger to the back of the buttplate. The stock rates in about Very Good overall condition.

Bore Condition: The bore is bright; semi bright at the muzzle. The rifling is sharp. There is no erosion. The bore shows an M.E. of 0.5.

Overall Condition: This rifle retains about 97% of its metal finish. The metal shows scuffs, small scrapes, small scratches and light thinning on the leading edges of the metal. The right side of the receiver shows some light thinning consistent with cycling. The finish on the op rod has been touched up. The markings are deep. Overall, this rifle rates in about Very Good Plus to Fine condition.

Box, Paperwork & Accessories: The rifle comes with 2 magazines, a dual magazine pouch and a sling. The magazines show light scuffs & scrapes. They are in about Fine condition. The magazine & sling show light discoloration & light soiling on the canvas as well as scrapes on the metal. The sling is in about Very Good Plus condition. The pouch is in about Fine condition.
The 15 round magazines are not available to residents of California or any other state with magazine capacity restrictions.

Our Assessment: This Inland M1 Carbine was made back in 1943. It is in great shape for a WWII service rifle. It has deep Inland markings on the barrel & receiver as well as a Saginaw Gear marking on the receiver. This receiver was produced by Saginaw Gear making it a rare variant for the collector. The rifle comes with a sling, mag pouch and 2 mags.