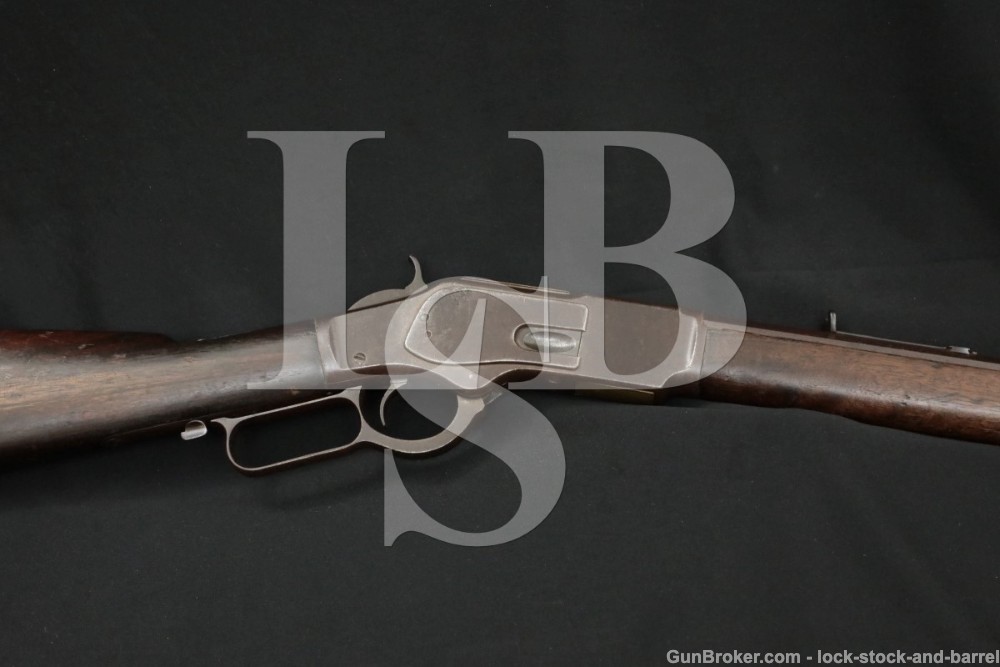 Stock Configuration & Condition: The stocks are two-piece smooth walnut with capped forend, straight grip, and steel crescent buttplate with a sliding brass door covering a storage compartment in the butt (there is nothing in the storage compartment). The stocks have scattered nicks, dings, scuffs and scratches. There is some dark discoloration at the edges along the metal. The forearm is cracked at the underside of the tip and there are losses at the edges. The wood is dark with age. The LOP measures 12 3/4? from the front of the trigger to the back of the buttplate. The plate has thick patina over some fain traces of finish. Overall, the stocks are in about Fair – Good condition as Antique.

Bore Condition: The bore is gray and the rifling is worn with a ring or two. There is moderate to heavy erosion in the bore.

Overall Condition: This rifle retains about 5% of its metal finish in protected areas only. The surfaces are generally brown and dark with patina and surface erosion. This rifle has that untouched “frontier used” look about it. The dust cover is missing but all other parts are retained. The screw heads are usable though worn. The markings are clean. Overall, this rifle rates in about Fair condition.

The .38-40 Win. cartridge, also known as the .38 WCF, was introduced by Winchester in 1879. It is essentially a slightly necked-down .44-40 with a slightly smaller bullet typically achieving slightly higher velocity.