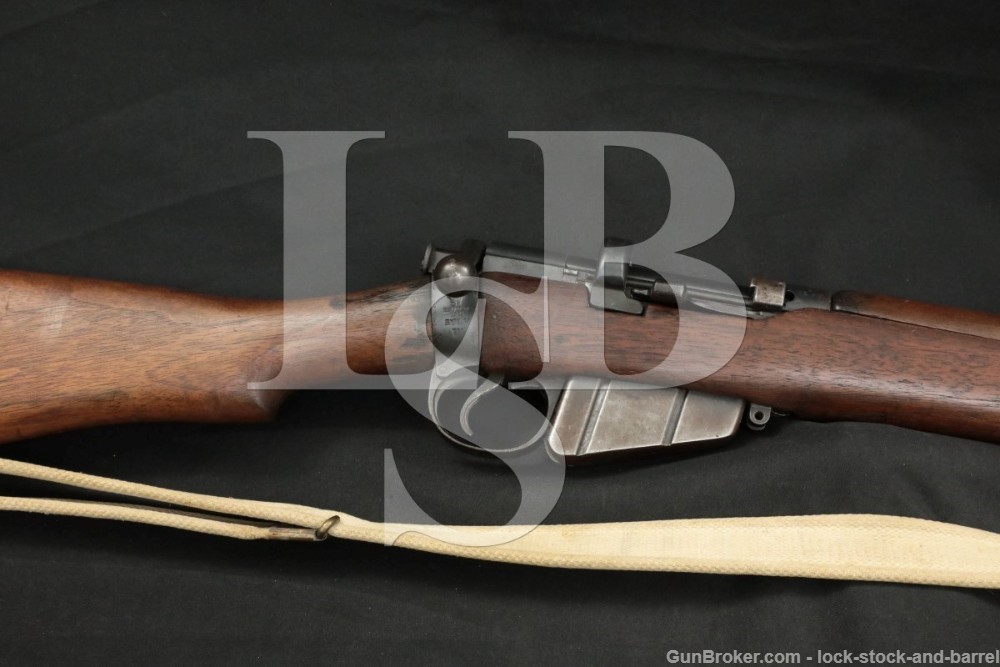 Stock Configuration & Condition: The hardwood stock has a straight grip with finger groove, barrel band, nosecap assembly with sight wings & bayonet lug, stacking loop, 2 sling loops, marking disk and a brass buttplate with hinged door for storage. The buttplate shows several small scratches & small dents. The grip shows discoloration. The wood shows several scuffs, scrapes and scratches. The LOP measures 13 ½ inches from the front of the trigger to the back of the buttplate. The stock rates in about Very Good Plus overall condition.

Bore Condition: The lands are semi bright and the grooves are light grey. The rifling is deep. There is erosion present; more prominent in the grooves.

Overall Condition: This rifle retains about 95% of its current metal finish as refinished. Areas of surface erosion and oxidation show through the new finish. The finish shows discoloration where the surface erosion was coated. The metal shows light scrapes as well as light thinning on the leading edges of the metal. This is most prominent on the face of the nosecap. The screw heads show use. Most of the main markings are well defined. Overall, this rifle rates in about Very Good Plus condition as refinished.

Our Assessment: The Short Magazine Lee-Enfield Mk III was later designated the No.1 MkIII. This No.1 MkIII was made by Enfield back in 1915. It is in nice shape of being well over 100 years old and still has its volley sights and magazine cutoff. It is rare to find an older Enfield that is in its original configuration. This one will add nicely to an Enfield collection.