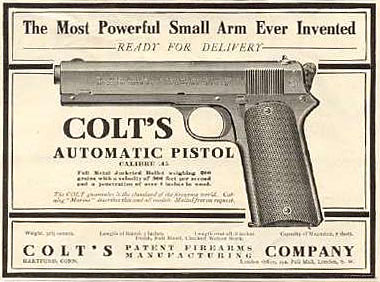 Is the Colt 1911 the greatest handgun in the world?

Let me make myself clear here; I am not a fanboy.  I use 1911s in competition several times a month.  But I also use an expertly finished, Butler-modified Glock 34 in competition, and employ Glock 19 & 23 models for my weekly training classes.

I use Ruger New Model Vaqueros in competition, several times a month.  I often carry a Smith & Wesson M&P in .45 ACP when I work at the gun shop.  Again, I’m no fanboy.  I carry and employ what works.

They are as close to perfect as anything I have ever used.  They fit right.  They point naturally.  The single action trigger allows for accurate shooting, in all circumstances. The manual of arms is a simple one.  They take apart easily for cleaning and maintenance.  Importantly, they speak with a big, .45 caliber stick.  There have been many advancements in projectile technology, most of them worthwhile.  But, factor in real-world dynamics, and remember this; a 9 mm may expand, but a .45 will never shrink.

What about all the other cool pistols out there? What about plastic/polymer pistols?  Safe action pistols often…aren’t.  Plastic gets crushed.  Polymer parts heat, cool, shrink, and fail.  Take a 1911 to the worst places on earth – the kind of places the U.S. Military far too often needs to go, and the ammunition will fail before a properly set-up 1911 will. As they say, when procurement time comes around, “Give us the weapons we want and let us do our job.”

What of other makes?  Sigs are good, but that D/A/S/A adjustment can impact accuracy.  S&W M&Ps are fine, but they lack that 100 + year track record.  CZs, H&Ks, Rugers, Tauruses, Berettas, ditto.

And Glocks?  Well, they work.  They’re in the process of amassing a worthy track record.  But; Glocks fit me funny.  If you shoot multiple handguns, you have to accommodate the unusual Glock grip angle.  If you shoot only Glocks, you’ll be fine, but if you shoot anything else, as well…you have to adjust.  The 1911, with it’s natural grip angle, does not require you to do that.

And what of magazine capacity?  I agree that more rounds is better, but the truth is, if you can’t make a statement with 8 or 9 .45 ACP rounds, you’ll be hurtin’ for certain, if the Other Guy has a simultaneous vote.  Besides, in combat, you use a pistol to fight your way to your primary weapon; the rifle.

In 2012, the U. S. Marines decided they needed a handgun that would function in any environment, provide the level of accuracy and dependability that the Marines require, and most of all, anchor a hostile opponent, in the real world.  They chose the 1911. $22.5 million dollars worth of Colt pistols, for CQBP (Close Quarters Battle Pistols), to give the USMC the best chance to survive  close quarter combat encounters.

That’s the kind of fine quality pistol you can find here, at Lock Stock and Barrel Investments.  We like our customers to be return customers; we want them to be happy.  Whether you want to buy, sell, or consign your pistols.  We’ll fix you up, you’ll be pleased with your purchase,  and it’ll cost you a whole lot less than $22 Million!

And, if you disagree with my conclusions, that’s fine, but you know what my answer will be; “Go, tell it to the Marines! ”