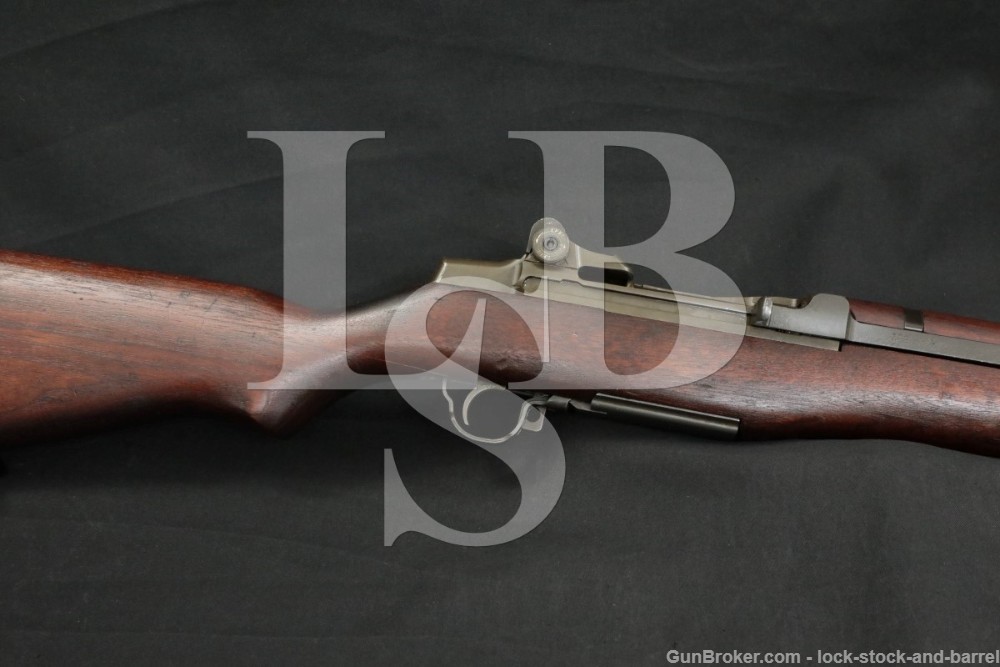 Barrel Length: Approximately 23 ½ Inches. The rear of the barrel has been cut back and rechambered in 7.62 NATO.

Stock Configuration & Condition: The left side of the butt is marked with a 1973 dated Fabbrica d’Armi di Terni Arsenal Rebuild stamp “star / FAT / 73”. The base of the grip is marked with a “circled P” stamping and the face of the grip is marked “L”.
The hardwood stock has a pistol grip, metal nose caps, stacking loop, two sling loops and a metal buttplate with hinged door for storage in the butt. The buttplate shows discoloration & small scratches. The main body of the stock shows several scrapes, scratches and compression marks. Many have damaged small portions of the surface wood. These marks have been oiled over. The LOP measures 13 inches from the front of the trigger to the back of the buttplate. The stock rates in about Very Good overall condition.

Bore Condition: The bore is bright; semi bright near the muzzle. The rifling is deep. There is no erosion. The bore shows an M.E. of 0.9.

Overall Condition: This rifle retains about 98% of its metal finish. The metal shows scuffs, a few light scrapes & light handling marks. The markings are deep. The front of the bolt shows some thinning consistent with cycling. Overall, this rifle rates in about Very Good Plus to Fine condition.

Our Assessment: This Italian M1 Garand was originally made by Breda between 1955 and 1962. In 1967 it was converted to 7.62 NATO M1 Type 2 configuration by Fabbrica d’Armi di Terni (FAT). During the conversion the rear of the barrel was cut back & rechambered, the operating rod was modified, a steel spacer was installed (to keep .30-06 from being loaded) and the receiver was re-marked. The rifle uses several Springfield parts as well as Breda parts. This is a Nice Italian M1 Garand for your collection.
For more detailed information see pages 609 to 616 of Bruce Canfield’s book, The M1 Garand Rifle.