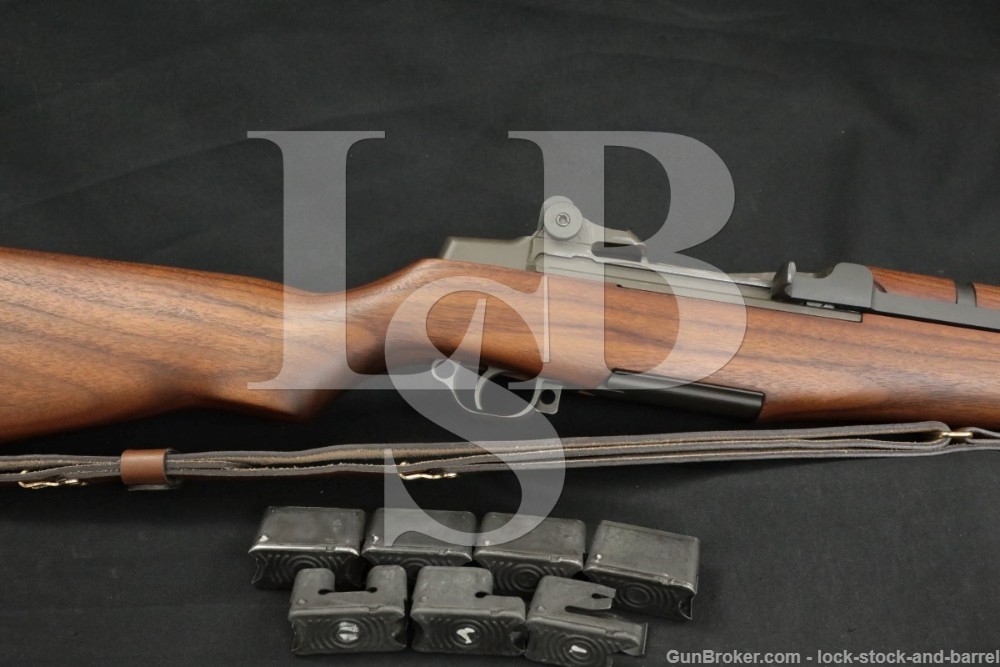 Stock Configuration & Condition: The grips are two-piece checkered brown plastic with reinforcement ribs on the inside and large reinforcement rings around the grip screws. The grips have no notable wear or damage, only light handling marks. The checkering is sharp. There are no chips or cracks. Overall, the grips are in about Excellent condition as not original to the gun.

Bore Condition: The bore is mostly bright with sharp rifling. There is some light erosion in the bore at the muzzle.

Overall Condition: This pistol retains about 93% of its current metal finish. The finish is generally strong throughout with scattered minor nicks, scuffs and scratches. The action shows operational wear. There is infrequent minor surface oxidation. The screw heads range from sharp to tool marked with strong slots. The markings are clear. Overall, this pistol is in about Very Good-plus condition as refinished and assembled.

Box, Paperwork & Accessories: This pistol comes with a single 7-round blued magazine. The magazine has light operational wear, intact feed lips and a strong spring, in about Fine condition. Also included is a Robert’s Arms Specialties Protecta-Gun two-piece cardboard box with a hand-written label which has this pistol’s information. The box shows little in the way of storage wear, in Fine-Excellent condition.

Our Assessment: The 1911 and 1911-A1 pistols served the military of the United States from 1911 to 1985, through two World Wars and the Korean and Vietnam wars. They gained a reputation as a reliable handgun with plenty of stopping power, and are held in high regard by those who have used them. This is an interesting example which has been assembled with a 1918 Colt frame and an A.J. Savage slide. Not to be confused with Savage Arms, A.J. Savage Munitions Company was a San Diego based manufacturer which was awarded a contract to produce 100,000 pistols in July, 1918. At the time, most of the Allied powers believed that the war would continue for at least a few more years. The German offensive Operation Michael had just been halted and the Second Battle of the Marne, the first successful Allied offensive, had just started. No one would guess that the war would end less than 6 months later. Savage had completed no pistols, only having produced parts, mainly springs, but also produced some slides. When the war ended, so did Savage’s contract and the slides were distributed to both commercial sellers and some were purchased for use as replacement parts by the Ordnance Department. The frame this slide has been paired with has some interesting markings. There is a “C” marked next to the serial number, the source of which we could not find. There is also a circled “S” on the frame, typically associated with R.F. Sedgley, and believed by some to have been marked on frames refurbished for the USMC. Other parts added to the frame include a 1911A1-style mainspring housing, grip safety, grips and trigger. The pistol is in about Very Good-plus condition, having been parkerized, showing scattered wear and some light erosion at the muzzle of the otherwise quite nice bore. This will make a great shooter if not snapped up by a collector who wants a fun research project with interesting features and markings. Please see our photos and good luck!