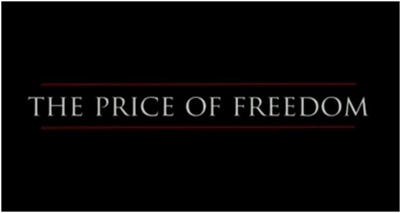 Congratulations,  California.  At the 11th hour, our democratic governor vetoed several bills; one of which would have made virtually any semi-auto rifle an assault weapon, and one which would have outlawed the transfer of more than two non-rostered handguns a year.  LSB Auctions can continue to do business, at least for now, consigning, buying, and selling firearms, as a service to our customers.

But let’s look a bit deeper at this.  You see, it’s not really much of a win; it’s only a  holding action.  For, while Governor Brown vetoed seven bills, but he signed into law, ELEVEN bills.

Consider the following, which WERE signed into law!

Assembly Bill 711 now makes California the first state in the nation to prohibit the use of all lead ammunition for hunting.

Assembly Bill 48 now bans the sale of parts and repair kits capable of creating or converting a magazine to a capacity to hold greater than ten rounds.

Assembly Bill 231 further expands the law relating to the storage of firearms.

I won’t go too far into the details of all of this, but the long and short of it is; those who respect firearms and their 2nd Amendment rights, didn’t win a damned thing.  You just didn’t lose as badly as you might have done.

We keep getting pushed closer to the brink.  There is never progress on our part; all we do is get pushed back, a little more, every year, by myriad, byzantine regulations, towards the precipice of no return.  And let there be no doubt; the purpose of this is to ultimately, rid society of firearms.

No using,  No buying, No selling.  So consigning.  No target practice.  No competition.  And, Lord, no hunting.

Well, those rules don’t quite apply to ALL of California;  just those of us who aren’t enfolded in the government embrace.

You see, government officials; legislators, mayors, council members, etc;  will still have firearms, CCWs, and bodyguards.  The message is clear; THEY’RE special; WE aren’t.  It’s pretty simple, really.  Sit down, shut up, pay your taxes.  We Know What’s Best For You.  Sure; we in Sacramento  can’t balance the state’s budget, repair our highways, or manage our schools, but We know What’s Best, for YOU.

And they’re winning.  Every single bill that was vetoed can be put back into law in the next legislative session, and then, become a law.  We keep yielding ground, a stubborn step at a time, but each step draws us nearer to that precipice.  There’s only so far we can go, before we tumble into the abyss.

My point is; even with seven bills vetoed, this ain’t over; not by a long shot.

We firearms owners suffer from a problem, inherent , perhaps in our genetic makeup.  We tend to be individuals; more rugged, and self-reliant, than most.  We stick to ourselves, we rely on ourselves.  We like our rights, and we respect our privacy.  That’s great.

But, I’m a political scientist by trade.  Any decent scientist will tell you; it’s not enough to analyze a problem; the purpose of science is to find a SOLUTION.   So; analyze; we’re losing.  Got it.  That much is evident.  What’s the solution?

Well, here it is.

Let’s take a peek at history.  The Golden Age of Greece lasted 100 years.  The Romans lasted almost 1200.  Do you think, at its current rate, that we’ll make it that long?)   What was the difference?  Chief among the reasons: Rome was united; Greece never was.

It’s as simple as that.  UNITE!  As our forefathers articulated, so clearly; “We need to hang together, or we will surely hang separately.”

There is a time when there is a logic of collective action, and it is now.  We have to get to know each other, respect each other, and UNITE, as firearms owners, as Americans, or we’ll be beaten down, by our own government.

Don’t give me that “We have the Constitution.  It can’t happen here,” crap.  We may respect our Constitution; far too often, our government does not.  it sees it as an impediment to their agenda.  We live in a society that wants to outlaw children playing baseball, football, soccer, and even playing tag.  Think I’m overstating?  ALL OF THOSE THINGS have happened, here in the United States,  in the last month!

So, UNITE!  Go to the range, and say hi, to the guys next to you.  Ask them if they vote.  We have been losing for 30 years here, and I’m damned tired of it.  Have your friends over.  Watch a football game together.  Then, instead of watching some inane half-time show, pass out paper and envelopes, and each of you write to your governor, to your assemblyperson, to your state senator.  Write letters, e-mails, make phone calls, talk to newspapers, news media, anyone who isn’t sure what we’re about.  Show them who we are; good people, who have solid values, and respect the laws that once made this country great.  I write a letter, at least once a week.  It takes all of Seven Minutes.

See, one letter, one e-mail, one call, doesn’t really mean much.  But a hundred, a thousand, two-hundred thousand phone calls and e-mails; that is math that even the most die-hard liberal respects.  They know what happened in Colorado, where two anti-gun legislators were voted OUT of office.  They don’t have to love us, but, if we UNITE, and strike them with fear of losing their comfy positions, we can make them RESPECT us.

We here at Lock, Stock, & Barrel have climbed into the trenches.  We recognize that this is about much more than legally, safely, and conveniently buying, selling, and transferring firearms, to ensure our satisfied clients.

I’m a competitor; I make sure I have my hands on my guns, every day, to maintain my competitive edge.  I need to make sure that I spend seven lousy minutes a day, doing something to further my agenda, OUR agenda; nothing more complex than having my own government uphold the 2nd Amendment.  the works been done, all we have to do is support it!

Make sure they hear from us.  Make sure we register, and for damn sure, make sure we ALL VOTE.

See, up in Sacramento, they’re working, full time, at our expense, to deprive us of our rights.  Do you think we can afford 7 minutes a day?

A worthwhile breakdown of what was won, and lost, in our latest legislative go-around: