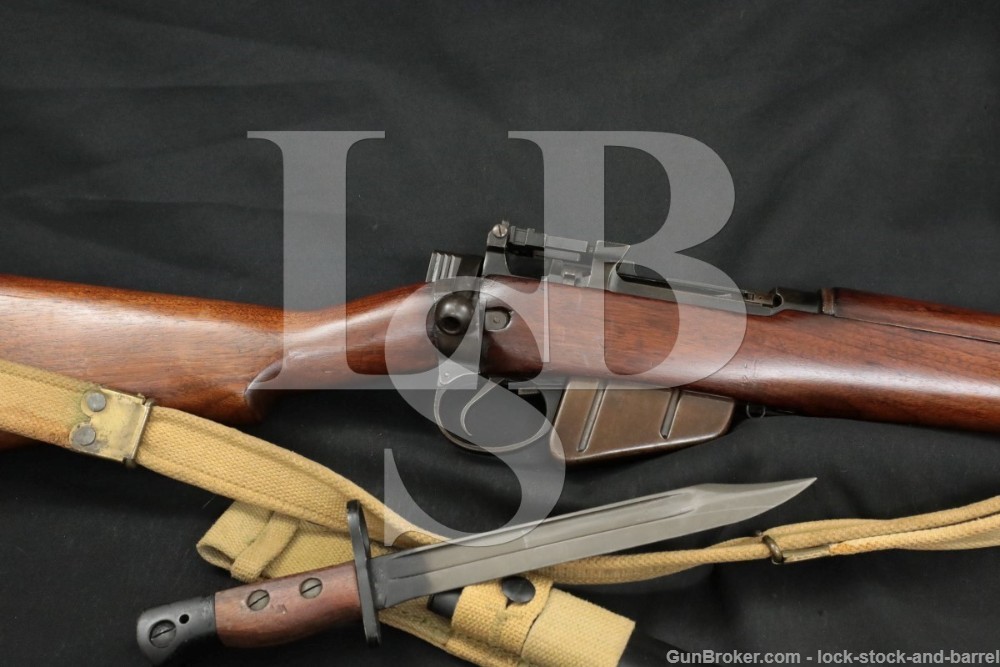 Barrel Length: Approximately 20 ½ inches to the end of the flash hider.

Sights / Optics: The front sight is a blade between two protective ears. The rear sight is a fixed aperture in the down position. When flipped up a second smaller elevation adjustable aperture is used on the sight ladder. The ladder is marked from “2 – 8”.

Stock Configuration & Condition: The wood stock has a straight grip with a finger groove, barrel band with sling loop, through bolt, sling well, and a metal & hard rubber buttplate with an attached sling bar. The grip has been sanded & shaped. The buttplate & barrel band have been coated in lacquer and show discoloration. Surface erosion shows through the lacquer finish. The recoil pad shows scratches and a few small areas of surface loss. The wood shows several scuffs, scrapes and scratches. Many of these marks have dulled or damaged areas of the finish. The LOP measures 13 ¼ inches from the front of the trigger to the back of the buttplate. The stock rates in about Very Good Plus overall condition as refinished.

Type of Finish: Black Paint over Oil Darkened Metal. The metal has been coated with lacquer.

Bore Condition: The lands are bright, the grooves are light grey and the rifling is deep. There is fouling and intermittent light erosion in the grooves.  The fouling should clean up some.

Overall Condition: This rifle retains about 85% of its metal finish. The metal has been coated with lacquer and is discolored from the laquer. The stock collar and trigger guard have light surface erosion showing through the lacquer finish. The metal shows several scrapes & scratches that have removed areas of the black paint finish. Most of the oil darkened metal finish below the paint appears intact. The screw heads show use. The markings on the left side of the receiver are clear. Overall, this rifle rates in about Very Good Plus condition as refinished.

Our Assessment: This No5 Mk1 “Jungle Carbine” was made by Royal Ordnance Factory (ROF) Fazakerley in England back in 1945. It has been refinished and is in Very Good Plus condition. It comes with a No.5 Mk1 bayonet, scabbard & belt frog as well as with a magazine & web sling. This is a good looking handy carbine that should be fun at the range.