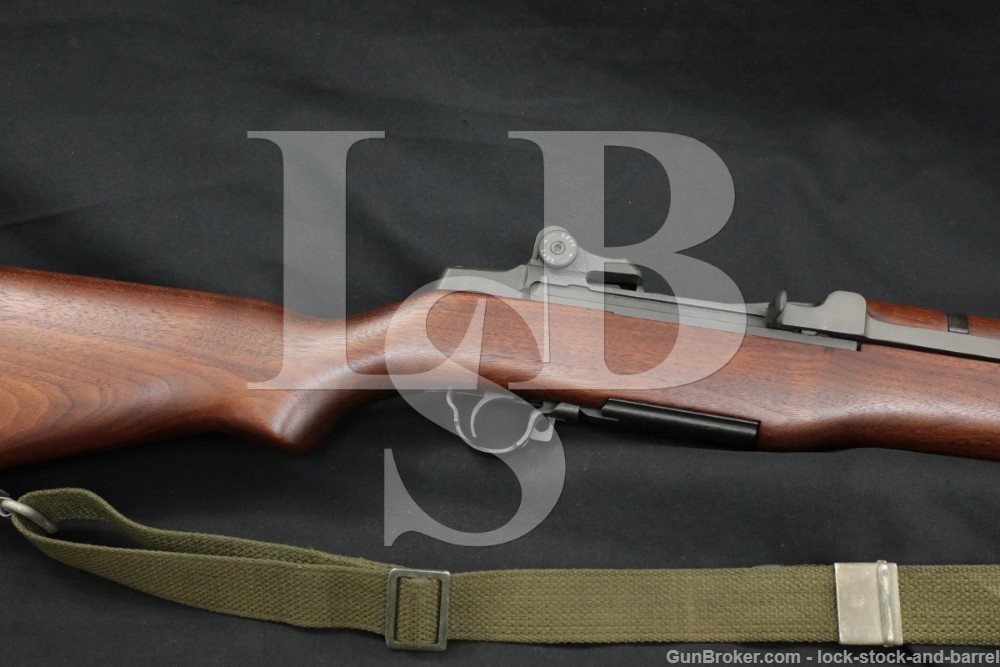 Stock Configuration & Condition: The hardwood stock has a pistol grip, metal nose caps, stacking loop, two sling loops and a metal buttplate with hinged door for storage in the butt. The left side of the butt shows a few light vertical scrapes. There are a few other light handling marks on the wood. The LOP measures 13 inches from the front of the trigger to the back of the buttplate. The stock rates in about Excellent overall condition.

Box, Paperwork & Accessories: The rifle comes with a green nylon sling. It shows light discoloration as well as oxidation & scrapes on the metal. Overall it is in about Very Good Plus condition.