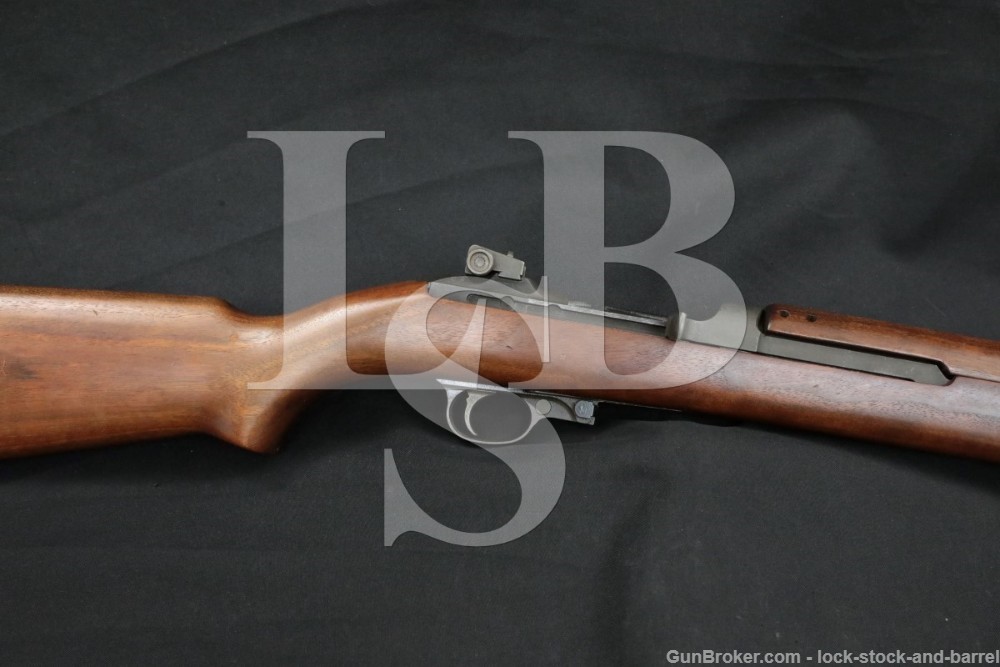 Stock Configuration & Condition: The stock had a pistol grip, Type III barrel band with sling loop & bayonet lug, sling well, sling pass through, and a metal buttplate. The buttplate shows small scrapes & scratches along the edge. The wood shows scrapes & scratches. A few have damaged small portions of the surface wood. The most prominent marks are on the handguard. The LOP measures 13 ¼ inches from the front of the trigger to the back of the buttplate. The stock rates in about Very Good Plus to Fine overall condition.

Overall Condition: This rifle retains about 92% of its metal finish. The top of the barrel shows discoloration & thinning under the wood. The right side of the receiver & bolt show light thinning consistent with cycling. The metal shows scuffs, light scrapes & light handling marks. The markings are deep. Overall, this rifle rates in about Very Good Plus to Fine condition.