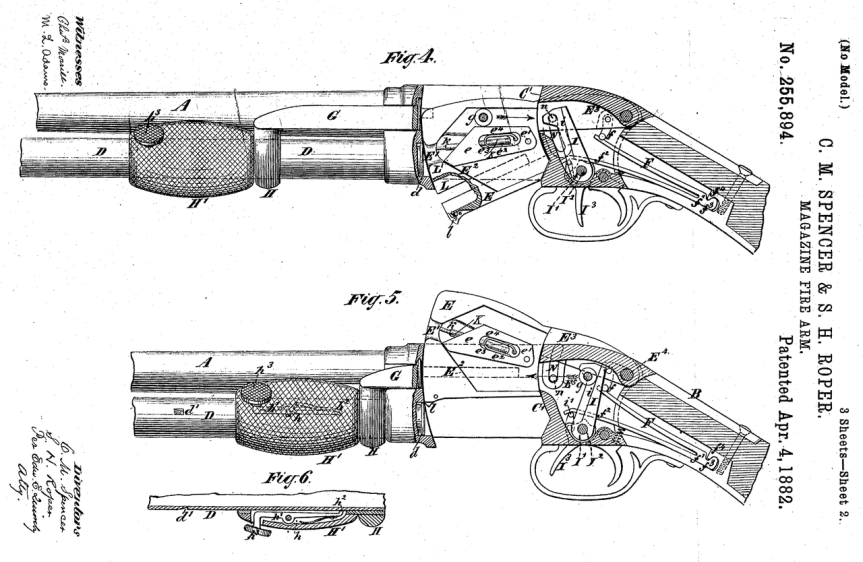 Winchester vs. Bannerman: A Blast from the past! 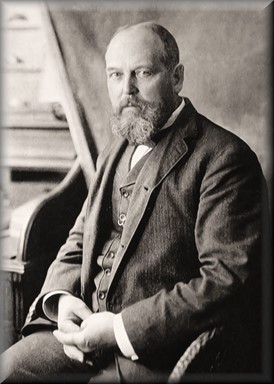 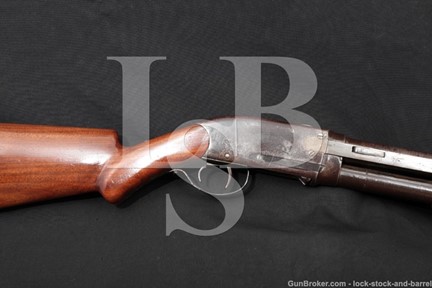 In 1883, John Moses Browning (St. John Moses Browning, to all right-minded people) began his work with the Winchester Repeating Arms Company.  In an industrial age filled with innovation and emergent technologies, clever engineers, capitalists, and robber barons were certain to emerge, and Winchester proved to have plenty of all of these.  So did their competitors. Smarting from having been recently blocked from pistol production by the Colt Manufacturing Company, the Winchester organization was not looking to butt heads again with a competitor.

And they had some resources.  First; they were manufacturing the most popular rifle in America; the Winchester Model 1873.  Built and improved on the bones of the Henry and 1866 rifles, the 1873 was a runaway success, producing nearly ¾ of a million of “The Gun That Won the West.”  Remembering that the population of the country was about 44 million, this means that, coupled with 63,871 Model 1876 and 160,000 Model 1886 Browning designed rifles, statistically, nearly 1 out of every 40 Americans owned a Winchester.

Then, they had a grip on commerce.  They may have failed to penetrate the pistol market, but their backroom deal with Colt, ensuring that Colt stayed on their side of the street manufacturing pistols, while Winchester kept producing rifles, meant that Colt subsequently failed to make a dent in the lucrative long gun market.

And, they had J.M. Browning.  Perhaps the most talented and prolific firearms designer in history, his work on various Winchester (and other!) projects guaranteed that Winchester’s competitors would be climbing a steep hill, just trying to keep up with their level of quality innovation.

Enter Francis Bannerman VI.  Bannerman had forged a successful and lucrative career as a junk and surplus weapons dealer, and a transition into original firearms was a short step.  When Christian Spencer’s Spencer Company of Civil War Spencer lever rifle fame, (the first successful lever gun in the world,) went bankrupt in 1889, Bannerman, always looking for a deal, snapped it up.  Ever the entrepreneur, Bannerman purchased the Spencer Arms Company in 1890 and with it, the rights to the company’s patents. 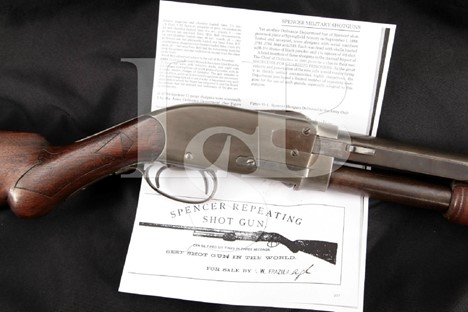 Spencer and Roper had gone under promoting the sales of their Spencer-Roper pump-action shotgun.  A somewhat clever, but very complex design,  the Spencer-Roper was the first mass-produced gun of the type. Bannerman now threw his efforts into resuscitating the design.  A few modifications and in 1890, the shotgun went on sale as the Bannerman shotgun.

Ah, but over at Winchester, Browning had been hard at work, and in 1893, Winchester began production of the Winchester Model 1893 shotgun.  The two competing designs shared a few similar features, but entirely different operating mechanisms.  But they did share a pump actuation and magazine tube, and that was enough for Bannerman.  Knowing that the design that he had purchased and improved predated the 1893 Browning platform, in October 1894 he filed a filed a lawsuit against the Winchester Repeating Arms Company, claiming that the slide-pump action in the Winchester Model 1893 shotgun infringed on the Spencer-Roper patents that he now owned. Worse; the lawsuit would make liable for damages anyone who had purchased an 1890 or 1893 Winchester shotgun. 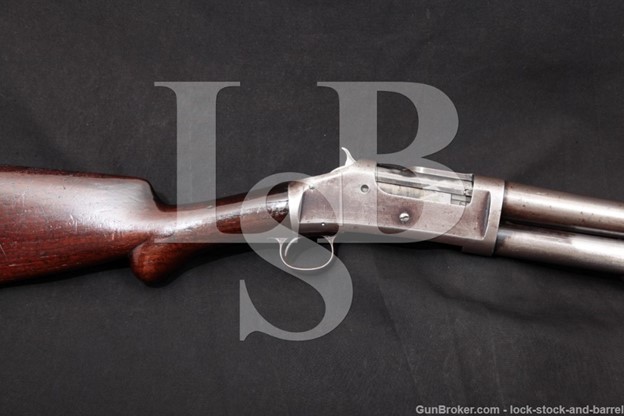 Did I mention Winchester had resources?  They were clearly determined not to repeat the muddled results of the Colt imbroglio, and they went to work.

Winchester quickly dispatched their agent George Seymour to Europe to scour European patent archives for any similar patents that might predate Spencer’s. Seymour found four patents for repeating pump action firearms; three in England, and one in France. The earliest of these was an Alexander Bain patent of 1854 for a repeating rifle, with two other 1866 patents held by Joseph Curtis and William Krutzsch. The fourth patent had been filed by Frenchman M.M. Magot in 1880. 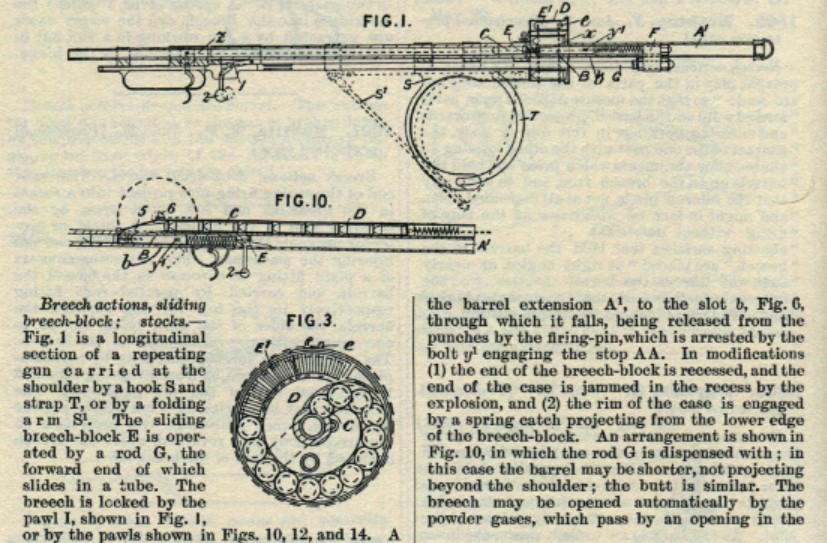 None of these designs had progressed beyond the development stage and were pretty much moribund, until rediscovered by Seymour. Winchester marched into court, using these as their claim that earlier designs invalidated Bannerman’s patent claim. In turn, Bannerman claimed that these designs were unworkable patents with no surviving models, and should be thrown out as evidence from the trial, and that the Magot gun was irrelevant, as it came later than his patent.

Winchester was determined not to lose. How nice to have such resources; to support their claims, Winchester actually built functional models of each of the designs to support their case. During this time they also located a Margot gun prototype.  Building these designs off of the patent drawings must’ve been a stupendous engineering task; yet their engineers, headed by T.C. Johnson, did so, without access to the designers, their notes, or the exact measurements needed to craft working models of each gun.

It took two years, but finally, they were ready. The finished models functioned and fired as completely working prototypes, something the original patent holders had not necessarily been able to achieve.  Armed with these, Winchester’s lawyers who took them into court and submitted them into evidence. The lawyers even offered a live firing demonstration to be held outside the courthouse. Faced with this preponderance of evidence, in October, 1897, District of New York Judge Hoyt H. Wheeler ruled in favor of Winchester and threw out Bannerman’s suit.

Of course, for most of the three years that the case had been dragging through the courts, Winchester had been producing some 34,000 Model 1893s.  Once the case was decided, they used the opportunity to introduce their new and improved Model 1897.

Winchester also took advantage of the press notoriety that the case had generated to issue a recall on their Model 1893 guns.  In that interim, smokeless powder had made sufficient headway that there was no question as to where the future lay, and the Winchester recall prudently addressed the possibility of  blowups or mechanical issues due to the higher pressures created by smokeless powder loads. The archaic 2 5/8 inch black powder shotshell was supplanted by the now-standard 2 ¾ inch shell length.  Accordingly, Winchester informed its dealers and customers that they would trade a new model 1897 of equal grade for any 1893 that customers returned.

Not many actually made the switch, but product liability was not then what it is today.

A bitter Bannerman soldiered on with his admittedly archaic design, but in fairness, neither he nor his Spencer Roper was a designer of the ability of John Moses Browning.

Winchester went on to yet greater success and the Bannerman shotgun faded into obscurity, with less than 21,000 of all models sold.  Bannerman focused his attention on the surplus firearms business, doubled his fortune in the First World War, and left the designing to others.

The Winchester 1987 went on to become a fixture in hunting lodges across North America, a hero of the trenches in World War I, and a fixture on both sides of the law during Prohibition.   Today, it has become one of the standard shotguns for Cowboy Action Shooting, Wild Bunch, movies, and television. 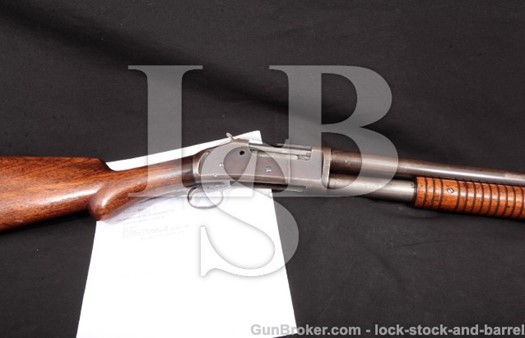