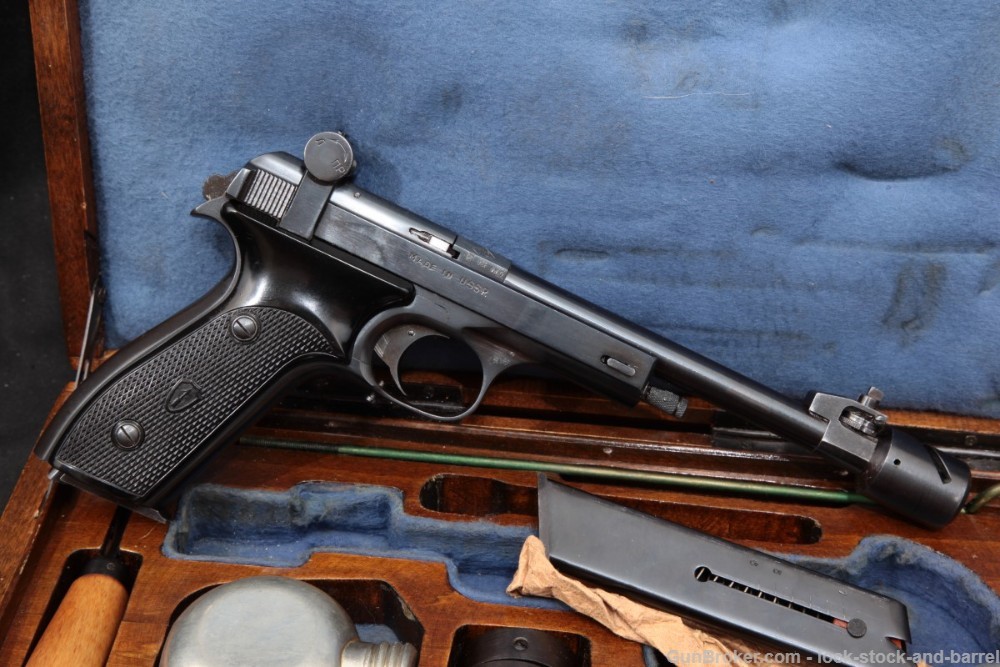 You’re young, talented, fearless, and dedicated to a cause.  But in a time of upheaval and war, in the prime of your young  life, cruel fate hands you a crushing blow.  In the violence of the bitter civil war that followed the Russian revolution, all your hopes, dreams, skills, and talent are shattered by a single rifle shot.  A head wound which might have taken your life has instead, blinded you, forever.  A  lifetime of darkness and bitter remorse are all that is left, to the once proud 18 year old soldier, Mikhail Vladimirovich Margolin. 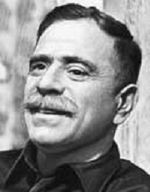 Except Mikhail Margolin was no ordinary fellow. While recovering from his wound, he reflected on all the knowledge of weaponry he had accrued during the Russian Civil War. And then, Margolin got to work.   “First came the study of Braille. Friends helped him to study mathematics, mechanics, and strength of materials, all essential subjects for the arms designer. His wife read aloud to him from textbooks and books on the history of firearms. He collected guns and enlarged his knowledge of various weapons systems. Most important was his splendid memory: within a few years he was a match for any engineer. As for firearms, there was no disputing his superior knowledge. He got acquainted with the latest models of weapons and took them apart dozens of times in order to let his sense of touch give rise in his mind to a mental picture…” 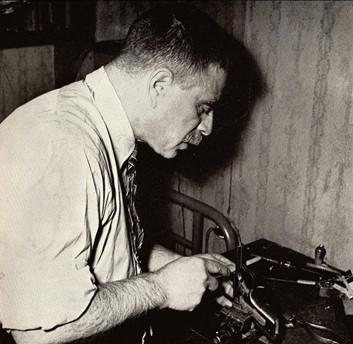 Margolin had a quite a career;  before he was through, he would accomplish more than many sighted  men.  An air raid warden, in World War II, he once led more than a hundred people from a bombed out building; blinded by the smoke, they were helpless, but he was not.   For this and other actions, he won the prestigious Medal  for the Defense of Moscow.  His contributions as an engineer in the Tula earned him the Medal for the Victory over Germany. At the end of the war, he set his creative and agile mind to the development of sporting firearms.

Dictating to an assistant, making working models from clay aluminum or wood, he crafted several innovative designs, the most remarkable of which was the target pistol which still bears his name.

Christened the Margolin MTsU, the pistol featured several innovative ideas.  The trigger mechanism was smooth and simple. The recoil spring sat in a guide tube beneath the barrel, while at the muzzle, he fixed a compensator to both add weight to the muzzle and to vent muzzle blast gases upward and rearward to reduce muzzle rise. The barrel, being comparatively lightweight, was equipped with under barrel weights for added steadiness.

Most obvious however, is the elevated sight plane.  Margolin’s design feature was intended to increase the accuracy of the pistol. The rear sight is affixed to a bridge attached to the frame, not the slide. The sight is thus never affected by the movement of the slide.  The bridge that made the rear sight stationary combined with the unusually tall sights allows the shooter to hold the pistol lower and thus aligns barrel with the shoulder, reducing recoil yet further, thereby giving the shooter an improvement in control in rapid fire competition. Unseen in target shooting, it is a recognizable feature of the AK-47, and its antecedents, the German StG-43 and 44.

When it was first revealed in international competition, the pistol made a splash, taking home gold medals in the 1948 and 1952 Olympics. More revolutionary ideas were to follow; some being so game changing that they were banned from competition! 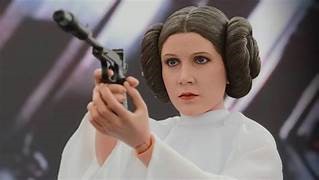 Visionary ideas, from a man who never saw through the sights of his own designs, and never fired a shot in competition.