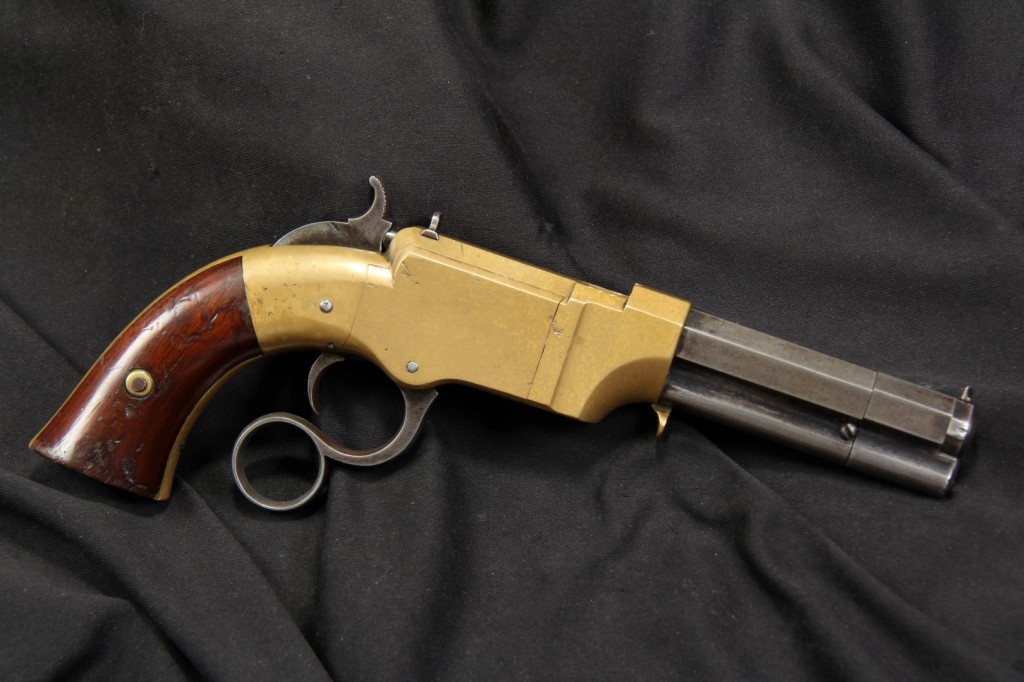 This is a later New Haven Arms 3 1/2? .31 Caliber Volcanic Lever Action Pistol. The gun remains in great original condition, with lots of blue left on the barrel