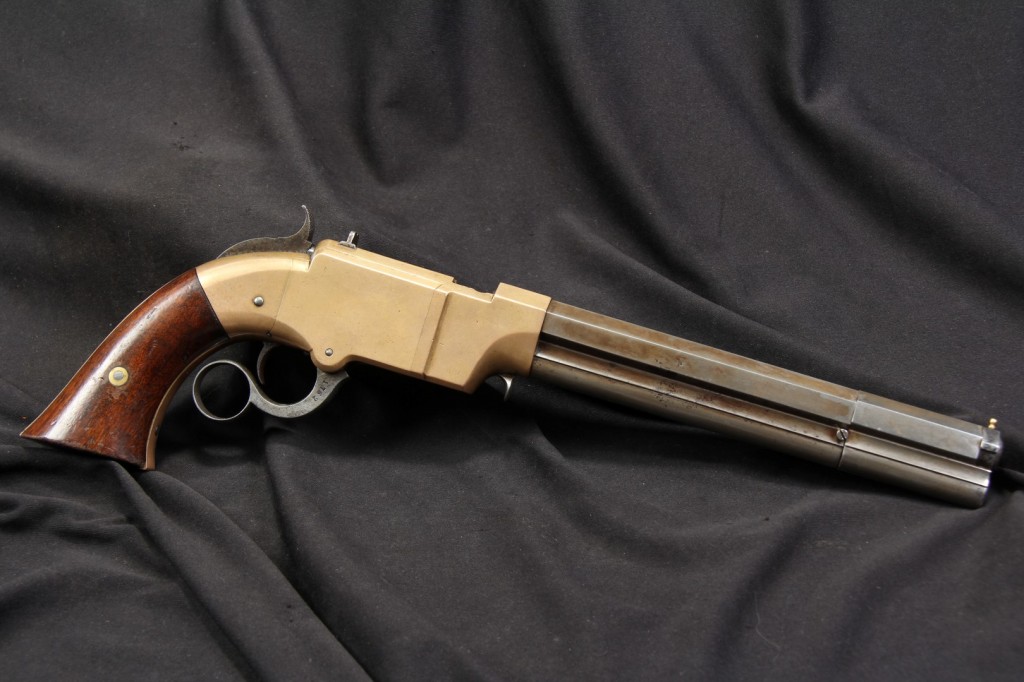 This is a later New Have Arms 8″ .41 Caliber Volcanic Lever Action Pistol. The front sight has been replaced, but the gun otherwise remains in great original condition.