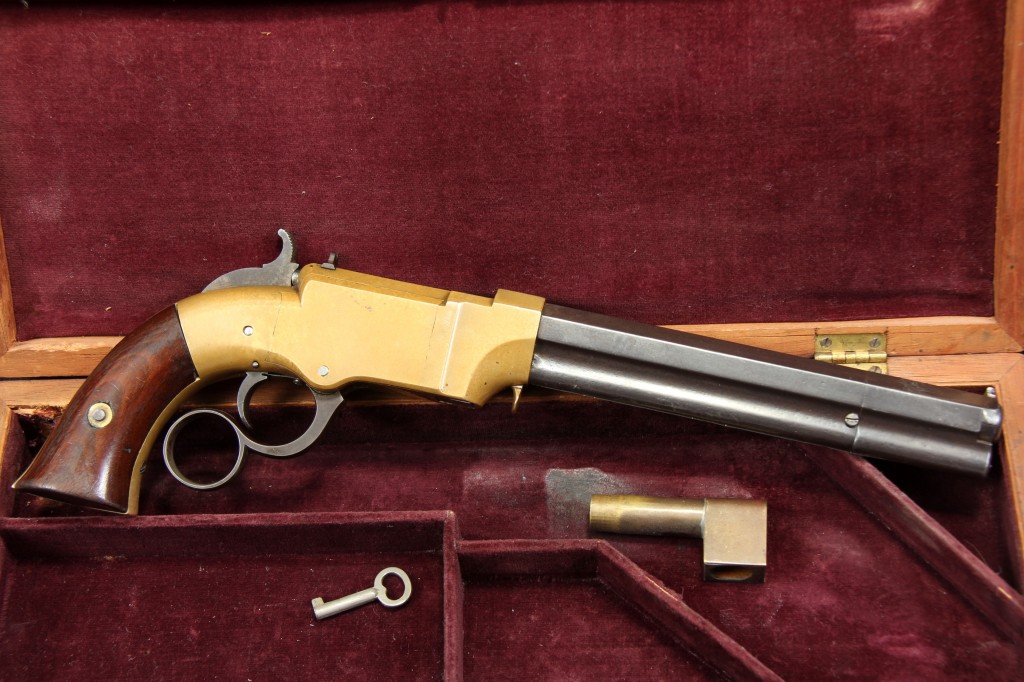 This is a great example of the rarely seen 6″ .31 Caliber Volcanic Pistol. Only 225 of these were produced. Though the barrel has an old refinish, the pistol remains in beautiful condition and the gun sits in a veriod case, with wear consistent with the pistol.