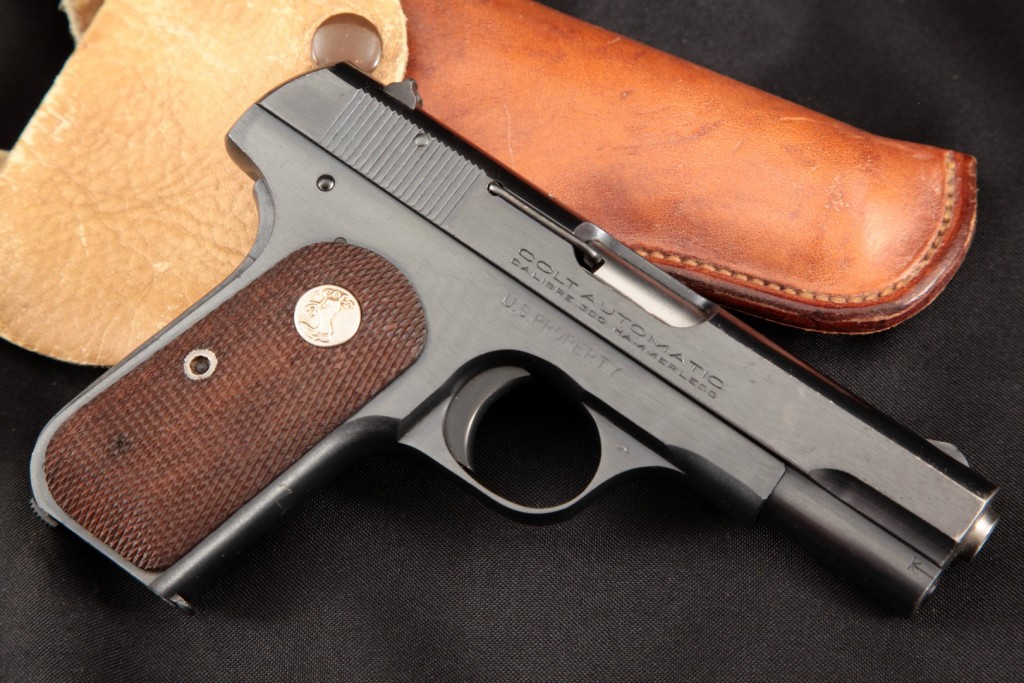 General Maxwell Davenport “Max” Taylor (August 26, 1901 – April 19, 1987) was a senior United States Army officer and diplomat of the mid-20th century. He served with distinction in World War II, most notably as commander of the 101st Airborne Division, nicknamed “The Screaming Eagles”. After the war he served as the fifth Chairman of the Joint Chiefs of Staff, having been appointed by President John Kennedy. He is the father of military historian and author Thomas Taylor.

Early life and start of career

Taylor was born in Keytesville, Missouri and raised in Kansas City, Missouri. After graduating from Northeast High School he attended Kansas City Polytechnic Institute. In 1918 Taylor passed competitive examinations for Congressional appointment by William Patterson Borland to either the United States Military Academy or United States Naval Academy, and then passed the USMA entrance examination. Taylor attended West Point, graduated fourth in his class in 1922, and was commissioned as a second lieutenant in the U.S. Army Corps of Engineers. He served in Hawaii with the 3rd Engineers from 1923 to 1926.

He transferred to the Field Artillery and from 1926 to 1927 served with the 10th Field Artillery, receiving promotion to First Lieutenant. Having demonstrated a facility for foreign languages, he studied French in Paris and was then assigned to West Point as in instructor in French and Spanish. In 1933 he graduated from the Field Artillery School, and he completed the course at the U.S. Army Command and General Staff College in 1935.

Taylor was promoted to Captain in August 1935 and served at the American embassy in Tokyo from 1935 to 1939, including attaché duty in China in 1937. He graduated from the United States Army War College in 1940 and was promoted to Major in July 1940.

He served on the War Plans Division staff in 1940 and took part in a defense cooperation mission to Latin American countries. He commanded the 12th Field Artillery Battalion from 1940 to 1941, and then served in the Office of the Secretary of the General Staff until 1942. He received temporary promotions to Lieutenant Colonel in December 1941, Colonel in February 1942, and Brigadier General in December 1942.

In 1942 Taylor became chief of staff of the 82nd Airborne Division, followed by command of the 82nd Airborne Division Artillery, and took part in combat in Sicily and Italy. In 1943, during the planning for the Allied invasion of Italy, Taylor’s diplomatic and language skills resulted in his secret mission to Rome to coordinate an 82nd air drop with Italian forces. General Dwight D. Eisenhower later said that “the risks he ran were greater than I asked any other agent or emissary to take during the war.”[1]

Hundreds of miles behind the front lines of battle, Taylor was forced by the rules of engagement to wear his American military uniform, so that if captured he could not be shot as a spy. He met with the new Italian Prime Minister, Marshal Pietro Badoglio and General Carboni. The air drop near Rome to capture the city was called off at the last minute, when Taylor realized that German forces were already moving in to cover the intended drop zones. Transport planes were already in the air when Taylor’s message canceled the drop, preventing the suicide mission. These efforts behind enemy lines got Taylor noticed at the highest levels of the Allied command.

After the campaigns in the Mediterranean, Taylor was assigned to become the Commanding General (CG) of the 101st Airborne Division, nicknamed “The Screaming Eagles”, which was then training in England in preparation for the Allied invasion of Normandy, after the division’s first commander, Major General William Lee, suffered a heart attack. Taylor received temporary promotion to major general in May 1944.

Taylor took part in the division’s parachute jump into Normandy on June 6, 1944 (D-Day), the first Allied general officer to land in France on D-Day. He subsequently commanded the 101st in the Battle of Normandy, including in the capture of Carentan on June 13, and the division continued to fight in the campaign as regular infantry. The 101st Airborne Division was pulled out of the line in late June, having been in almost continuous action for nearly a month and, in early July, returned to England to rest and refit and absorb replacements, after having suffered over 4,600 casualties.

Having been brought up to strength, Taylor led the 101st in Operation Market Garden in the Netherlands, in September 1944. He was not present for the division’s action during the Siege of Bastogne as part of the Battle of the Bulge, as he was attending a staff conference in the United States. The Divisional Artillery commander, Brigadier General Anthony McAuliffe, exercised command in his absence. Taylor called the defense of Bastogne the 101st Airborne Division’s “finest hour” of the war and stated that his absence was one of his greatest disappointments of the war.[2] After Bastogne Taylor’s 101st saw little further service in the war and was sent to the United States in late 1945, where it was deactivated in November.

From 1945 to 1949 Taylor was superintendent of West Point. In 1947, he drafted the first official Honor Code publication marking the beginning of the written “Cadet Honor Code” at West Point.[3] Afterwards he was the commander of allied troops in Berlin from 1949 to 1951.

In 1953, he was sent to Korea, where he commanded the Eighth United States Army during the final combat operations of the Korean War. From 1955 to 1959, he was the Army Chief of Staff, succeeding his former mentor, Matthew B. Ridgway. During his tenure as Army Chief of Staff, Taylor attempted to guide the service into the age of nuclear weapons by restructuring the infantry division. Observers such as Colonel David Hackworth have written that the effort gutted the role of US Army company and field grade officers, rendering it unable to adapt to the dynamics of combat in Vietnam.

As Army Chief of Staff, Taylor was an outspoken critic of the Eisenhower Administration’s “New Look” defense policy, which he viewed as dangerously over-reliant on nuclear arms and neglectful of conventional forces; he also criticized the inadequacies of the Joint Chiefs of Staff system. Frustrated with the administration’s failure to heed his arguments, General Taylor retired from active service in July 1959. He campaigned publicly against the “New Look,” culminating in the publication in January 1960 of a highly critical book entitled The Uncertain Trumpet.

Both President Kennedy and his brother, Attorney General Robert F. Kennedy, had immense regard for Taylor, whom they saw as a man of unquestionable integrity, sincerity, intelligence, and diplomacy.[citation needed] The Cuba Study Group met for six weeks from April to May 1961 to perform an “autopsy” on the disastrous events surrounding the Bay of Pigs Invasion. In the course of their work together, Taylor developed a deep regard and a personal affection for Robert F. Kennedy, a friendship that was wholly mutual and which remained firm until RFK’s assassination in 1968.As the 1960 presidential campaign unfolded, Democratic nominee John F. Kennedy criticized Eisenhower’s defense policy and championed a muscular “flexible response” policy intentionally aligned with Taylor’s views as described in The Uncertain Trumpet. After the April 1961 failure of the Bay of Pigs Invasion, Kennedy, who felt the Joint Chiefs of Staff had failed to provide him with satisfactory military advice, appointed Taylor to head a task force to investigate the failure of the invasion.

Taylor spoke of Robert Kennedy glowingly: “He is always on the lookout for a ‘snow job,’ impatient with evasion and imprecision, and relentless in his determination to get at the truth.” Robert Kennedy named one of his sons Matthew Maxwell Taylor Kennedy (better known as an adult as “Max”).

Shortly after the investigation concluded, the Kennedys’ warm feelings for Taylor and the President’s lack of confidence in the Joint Chiefs of Staff led John Kennedy to recall Taylor to active duty and install him in the newly created post of military representative to the president. His close personal relationship with the President and White House access effectively made Taylor the President’s primary military adviser, cutting out the Joint Chiefs. On October 1, 1962, Kennedy ended this uncomfortable arrangement by appointing Taylor as Chairman of the Joint Chiefs of Staff, a position in which he served until 1964.

Taylor was of crucial importance during the first weeks and months of the Vietnam War. Whereas initially President Kennedy had told Taylor that “the independence of South Vietnam rests with the people and government of that country,” Taylor soon recommended that 8,000 American combat troops be sent to the region at once. After making his report to the Cabinet and the Chiefs of Staff, Taylor reflected on the decision to send troops to South Vietnam: “I don’t recall anyone who was strongly against, except one man, and that was the President. The President just didn’t want to be convinced that this was the right thing to do…. It was really the President’s personal conviction that U.S. ground troops shouldn’t go in.”

A series of short-lived juntas followed, and after Taylor was made ambassador in 1964, he frequently clashed with General Nguyen Khanh and helped to engineer his removal, having supported Khanh’s deposal of General Duong Van Minh.

Taylor received fierce criticism in Major (now Lieutenant General) H.R. McMaster‘s book Dereliction of Duty. Specifically, Gen. Taylor was accused of intentionally misrepresenting the views of the Joint Chiefs to Secretary of Defense McNamara, and cutting the Joint Chiefs out of the decision-making process.[5]

Whereas the Chiefs felt that it was their duty to offer unbiased assessments and recommendations on military matters, Gen. Taylor was of the firm belief that the chairman should not only support the president’s decisions but also be a true believer in them. This discrepancy manifested itself during the early planning phases of the war, while it was still being decided what the nature of American involvement should be. McNamara and the civilians of the office of the secretary of defense were firmly behind the idea of graduated pressure—that is, to escalate pressure slowly against North Vietnam in order to demonstrate U.S. resolve. The Joint Chiefs, however, strenuously disagreed with this and believed that if the US got involved further in Vietnam, it should be with the clear intention of winning and through the use of overwhelming force. McMaster contends that using a variety of political maneuvering, including liberal use of outright deception, Gen. Taylor succeeded in keeping the Joint Chiefs’ opinions away from the President and helped set the stage for McNamara to begin to dominate systematically the U.S. decision making process on Vietnam.

Taylor was also criticized by Tom Ricks, in his book The Generals (2012): “Maxwell Taylor arguably was the most destructive general in American history. As Army chief of staff in the 1950s, he steered the US military toward engaging in ‘brushfire wars.’ As White House military adviser during the early 1960s, he encouraged President John F. Kennedy to deepen American involvement in Vietnam. As chairman of the Joint Chiefs, he poisoned relations between the military and civilian leadership. He was also key in picking Gen. William Westmoreland to command the war there.’

He again retired and became Ambassador to South Vietnam from 1964 to 1965, succeeding Henry Cabot Lodge Jr. He was Special Consultant to the President and Chairman of the Foreign Intelligence Advisory Board (1965–1969) and President of the Institute for Defense Analyses (1966–1969).

General Taylor died in Washington, D.C. on April 19, 1987, of ALS. He was interred at Arlington National Cemetery.

(General Taylor also received a number of other foreign honors.)