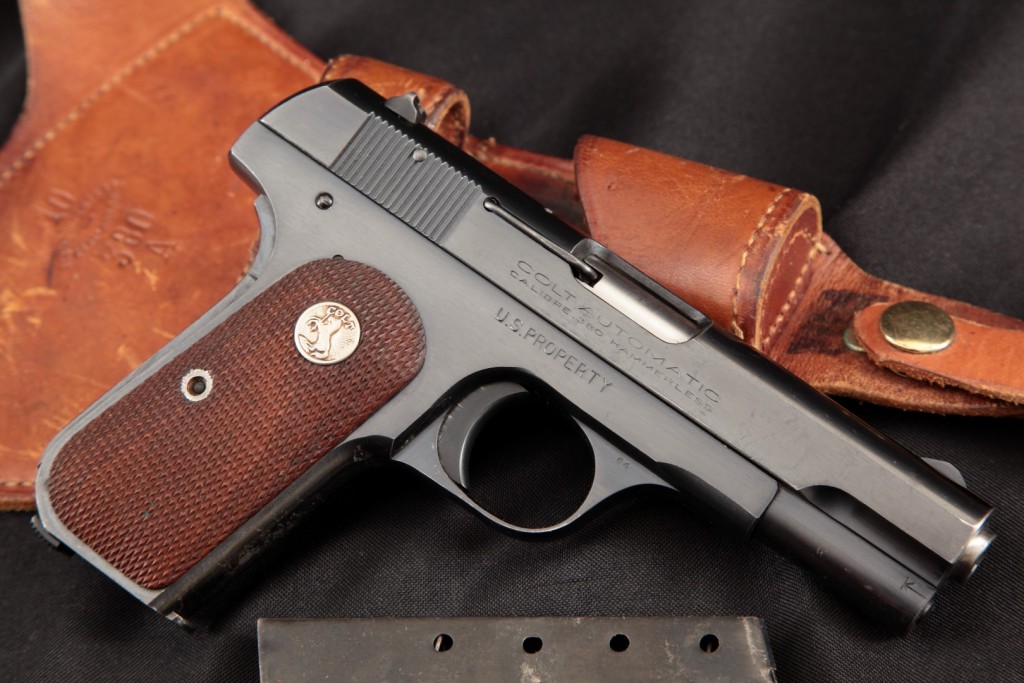 Early life
Silas Beach Hays was born in Saint Paul, Minnesota on February 18, 1902,[1] and was raised in Washington, D.C. and West Chester, Pennsylvania.[2][3] He attended Iowa State University, received a Bachelor of Science degree from the University of Iowa in 1925 and graduated from the University of Iowa with a medical degree in 1928.
Hays completed the Reserve Officer Training Corps and received his temporary commission in 1928 as a First Lieutenant in the Medical Corps. He completed his internship at Letterman General Hospital in 1929 and received his permanent commission.[5] Hays graduated from the Army Medical School in 1930 and the Army Medical Field Service School in 1931.

Hays specialized in urology and general surgery, and carried out assignments throughout the United States, including: Fort Dix, New Jersey; Tripler Army Medical Center; Walter Reed Army Medical Center; the U.S Soldiers Home; and the Brooklyn Army Terminal. He graduated from the Industrial College of the Armed Forces in 1940 and was assigned to the Finance and Supply Division in the Office of the Surgeon General.

Hays became a recognized expert on the Army’s medical supply process. During World War II he was assigned as Director of the Distribution and Requirements Division in the Surgeon General’s Supply Service, with responsibility for the acquisition, storage and issue of Army medical supplies in the continental United States.

In May, 1950 Hays was assigned as Chief Surgeon of United States Army Pacific, and the following September he went to Japan as Chief Surgeon of the Japan Logistical Command. In this assignment he coordinated medical activities for the Korean War, including conversion of facilities to accommodate general hospital units, training and assignment of medical personnel, acquisition and distribution of medical supplies and equipment, and evacuation of the wounded and return of soldiers to duty or transfer to the United States following recovery.

In August, 1951 Hays was appointed Deputy Surgeon General of the United States Army and returned to Washington, D.C. He was promoted to Major General in 1952, and served until March, 1955 when he was appointed Surgeon General. As Surgeon General, he responded to advances in nuclear weapons by supervising efforts to develop measures for protecting Soldiers against exposure to radioactivity and treating those exposed to it. He also expanded training in management of mass casualties, and planned for construction and renovation of Army medical facilities to accommodate an Army that had increased in size substantially since the 1930s.

Hays served as Surgeon General until retiring in July, 1959.

Silas B. Hays Army Hospital at the now closed Fort Ord, California was named for him.

SILAS BEACH HAYS was born in St. Paul, Minnesota, on 18 February 1902. He attended grammar and high schools in Washington, DC, and West Chester, Pennsylvania. He then attended Iowa State College for two and a half years and transferred to the State University of Iowa, from which he received a Bachelor of Science degree in 1925 and a Doctor of Medicine degree under the ROTC program in 1928.

General Hays was commissioned a first lieutenant in the Medical Reserve Corps on 4 June 1928, and assigned to active duty. He received his Regular commission as a 1st lieutenant on 1 August 1929. After interning at Letterman General Hospital, San Francisco, California, during 1928 and 1929, he was given the post of ward officer in the medical service of that hospital for 12 months. His forcefulness, professional competence, conscientiousness, diligence, and promise as a medical officer were soon recognized by his superiors in this his first Regular Army assignment.

At the end of a year, Lieutenant Hays entered the Army Medical School, Washington, D.C. in 1930. He graduated from that school in 1931, then entered the Medical Field Service School, graduating in 1931 also.

General Hays entered medical supply work in 1937 at the New York General Depot in Brooklyn. He was selected to go to the Army Industrial College in 1939 and in June 1940, graduated from that institution and assigned to the Finance and Supply Division of the Surgeon General’s Office.

In his first assignment in the Surgeon General’s Office in July 1940, Hays earned praise from Lieutenant Colonel Tyng for his wide knowledge of medical supplies and their relation to other supply services. That knowledge rendered him unique in that he possessed more knowledge of the Supply Service than any other officer in the Medical Department. Tyng considered him of tremendous value to the Service by reason of his education, his experience, and his general adaptability to any given situation.

Early in the summer in 1942, Colonel Hays was elevated from his subordinate position to the newly created position of Director, Distribution Division, Supply Service, Surgeon General’s Office. In this capacity he had complete jurisdiction of the storage and issue of medical supplies in the continental United States. This was at a time when operations were expanding rapidly because of the tremendously increased procurement program, many times larger than any such program ever before undertaken by the Medical Department.

General Hays was awarded the Legion of Merit in October 1944 for outstanding service from August 1942 to February 1944. As Director, Distribution Division, later enlarged to Distribution and Requirements Division, Office of the Surgeon General, he organized the storage and issue activities of the Medical Department supply operations including the development of an Inventory Control System closely coordinated with issues.

By use of his extensive knowledge of supply and administration, and by close and energetic personal supervision, Colonel Hays effected an efficient Supply Service during a period of accelerated activation when supplies, trained personnel and facilities were most difficult to procure. Without his inspiring leadership and extraordinary devotion to duty, the formation of an outstanding service would not have been accomplished with such success and efficiency.

Hays organized and developed a system of key depots among medical supply depots. By 6 June 1944, he had completely reorganized the theater medical supply program and his success in the venture was evidenced by the fact that no critical shortages arose at any time during the early progress of the invasion.

Hays was primarily instrumental in arranging for air shipments of whole blood, penicillin, and other medical supply items which, it was anticipated, would be in critical demand during the war of movement across France and into Germany. As Communications Zone took over the supply program from the armies, Colonel Hays established a depot system which provided adequate distribution of stocks for direct support of the armies and for Communications Zone installations

Hawley noted that Hays assumed responsibilities of the theater medical supply program from the outset of the most critical planning period in the theater’s history, the 90 days immediately prior to the invasion of the Continent. He instituted the stock control system which established theater levels for each item in medical supply, he initiated a system of central supply accounting which enabled him to know the theater position of any item at any given time, and he perfected a replenishing system from the United States.

For his services in the Office of the Chief Surgeon in the European Theater, Colonel Hays was awarded the Oak Leaf Cluster to the Legion of Merit. In June 1945, the French Provisional Government awarded him the Croix de Guerre with Palm and in November 1945, named him an “Officer de l’Ordre de la Sante Publique.”

In August 1945, General Hays returned to the United States and three months later was appointed chief of the Supply Division in the Office of the Surgeon General. In May 1950, he was named Surgeon of the U.S. Army in the Pacific, with station at Fort Shafter, Hawaii.

In September 1950, Hays became Surgeon of the Japan Logistical Command, with headquarters at Tokyo, Japan. He was responsible for directing and coordinating Medical activities for the whole of Japan and in support of the Korean conflict as well. General Hays planned and supervised the conversion of additional facilities to accommodate general hospital units arriving from the Zone of Interior. Occupation facilities, limited in scope, were seriously taxed to meet large numbers of battle casualties, but through an astute organization of limited facilities, equipment, and personnel, he instituted procedures whereby a large percentage of casualties which might otherwise have been evacuated from the theater, returned to duty.

Working with air transportation authorities and the Eighth Army, he devised and perfected an air evacuation system so that casualties received definite treatment sooner, and were expeditiously routed to specialized hospitals with less strain on the rail transportation systems.

General Hays returned to the United States in August 1951 to become Deputy Surgeon General at Army headquarters. A year later, Maj. Gen. George E. Armstrong, The Surgeon General of the Army, noted that he could be absent from his office on long official trips with complete confidence, that the decisions made and the actions taken by Hays in his absence will be sound, logical, and resourceful.

Hays, he felt, was unselfish and completely objective in his thinking and possessed of a remarkable mind, able to approach the most complex problem to single out and identify those elements which are fundamental to its solution and to arrive at a logical conclusion without being diverted by irrelevant details. Armstrong noted that Hays was completely loyal to the best interests of the Service and to the maintenance of the highest standards of medical care. Hays, he felt, was both liked and respected by all of his associates.

In March 1955, General Hays was named Surgeon General of the U.S. Army, and took the oath of office as The Surgeon General of the Army on 1 June 1955. During his 4-year tenure of that office, he discharged his duties with high distinction and received only the highest praise for his keen intellect, calmness, soundness of judgment, stability, forcefulness, aggressiveness, tact, and administrative ability. Before retiring in 1959, he served briefly as Special Assistant to The Surgeon General.

General Hays initiated and sponsored medical research to assure an effective medical serve in line with changing ideas of warfare. Of great significance also was his sponsoring of research in methods of protecting personnel against exposure to radioactivity and in the development of treatment methods for those exposed to it. He inaugurated courses in the management of mass casualties and headed a traveling team of experts in this field who spread information in methods of dealing with the dangers of nuclear warfare. Under General Hays’ guidance, laboratories were established overseas to investigate possible disease hazards to U.S. troops and human plasma research was intensified.

General Hays vigorously supported a hospital construction program to replace outmoded facilities. He also implemented and supervised the program of dependents’ medical care for members of all the uniformed services. His aggressive support of a preventive psychiatry program, in which mental hygiene service units were established hd assisted in effecting a marked decrease in psychiatric admission rates in hospitals and treatment centers.

For his initiative in many significant accomplishments and for his leadership and professional competence in the development of new techniques of diagnosis and therapy in many specialized fields, General Hays was awarded the Distinguished Service Medal (first Oak Leaf Cluster) on completing his tour as The Surgeon General in 1959.