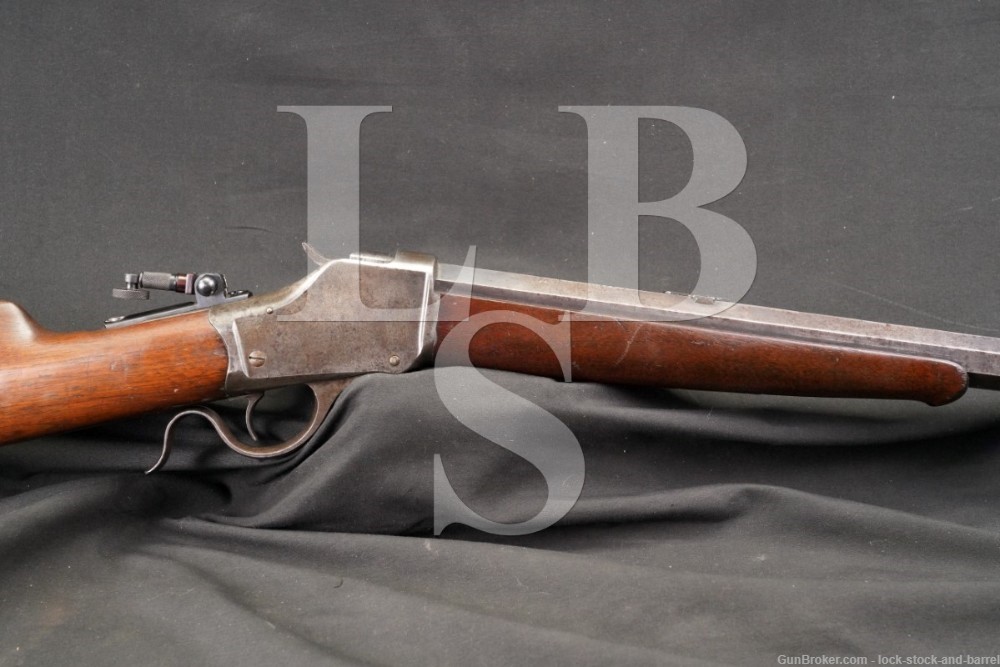 The Winchester Model 1885 “Low Wall” Target Rifle was the brainchild of a relatively obscure gunsmith in Utah. The gunsmith, John Moses Browning, had designed an innovative falling-block target rifle which caught the attention of Winchester’s Vice President Thomas Gray Bennett. This would be the beginning of the fruitful relationship between Browning and Winchester that bore many of the most innovative small arm designs in history. Browning’s original rifle was improved by engineers working for Winchester and it was released in 1885, hence the name Model 1885. There were roughly two styles of Model 1885 produced by Winchester: the High Wall with a larger receiver which was meant to fire larger caliber rounds and the Low Wall was designed for less powerful cartridges. These rifles were designed for use during competitive target shooting, but could be used in any number of scenarios based on the caliber. Between 1885-1920, Winchester produced 140,000 Model 1885s in a variety of calibers and variations.

This particular specimen is a typical “low wall” variant chambered for .32-40 Winchester rounds. The gun’s barrel is on the heavier side (Winchester offered 5 weights and this one is number “3”), and has Lyman target sights installed (the rear sight appears to be an aftermarket replacement or refinished though). Despite some wear, typical of an Antique, the gun remains both mechanically sound and aesthetically pleasing. Good luck on your bid!