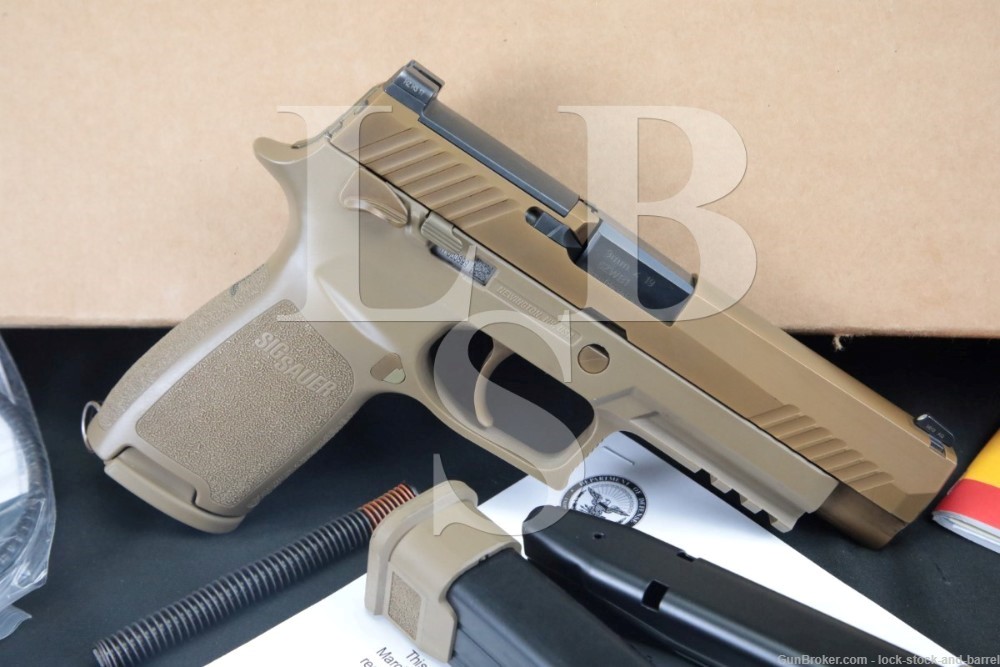 As had previously occurred with the venerable 1911A1, the Beretta M9 which replaced it saw extensive use and abuse. By 2008, some Berettas in inventory were nearing the end of their service lives and the United States began looking for a replacement. Thus began the Modular Handgun System competition. The MHS was to be truly modular, with a picatinny rail for accessories, ability to alter the grip to fit different hands, multiple magazine options, ability to mount a suppressor, and ambidextrous controls.

This example, according to the included Certificate of Authenticity, was issued and fielded during the initial domestic and in-theater deployment of the MHS Program and manufactured for the U.S. Army. The pistol shows signs of use, but is still in Very Good-Fine condition with a great bore and strong mechanics. This is a great opportunity for fans of Sig Sauer and collectors of U.S. Military small arms. There’s no telling when or if the M17 pistols will be surplused to the commercial market again.