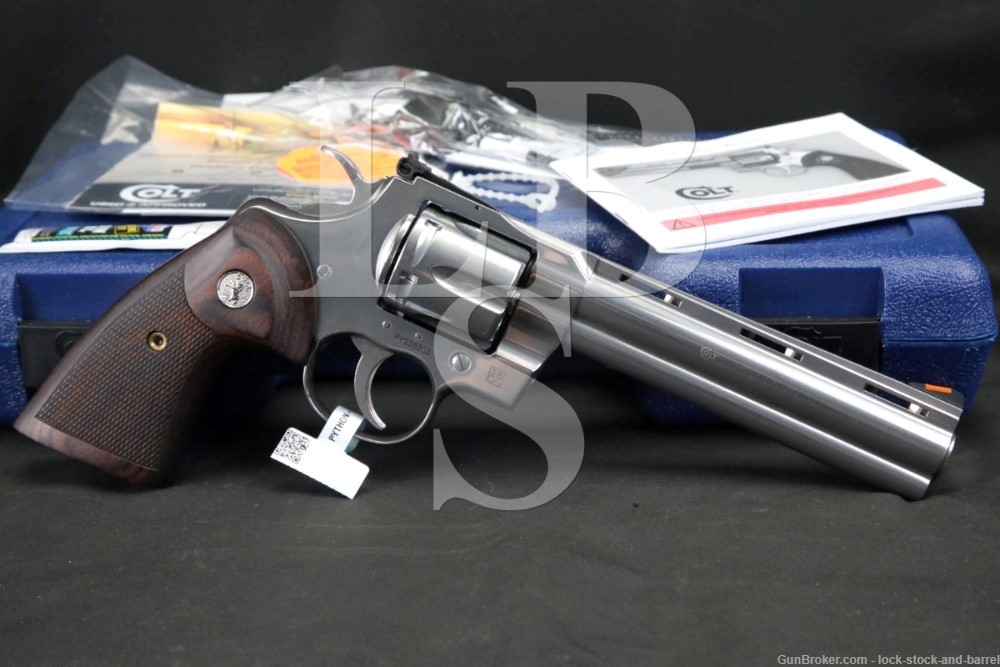 In 1955, the United States launched the first nuclear powered submarine, West Germany joined NATO, and Colt began shipping the finest precision combat and target revolver ever made. Each revolver was hand-tuned at the factory and this attention to detail shows both cosmetically and in operation. With barrel lengths ranging from 2.5? to 8? and with some of the finest machining and finishing ever seen in the industry, the Python has earned its reputation and continues to be sought after to this day. The original Colt Python revolvers were made for 50 years before being discontinued, but were reintroduced in 2020, now being made in 3″, 4.25″ and 6″ models, all constructed with stainless steel. This 6″ example will make for a nice Python you can add to your collection, but would also serve well as a recreational shooter, home defense revolver, or as a classy BBQ gun