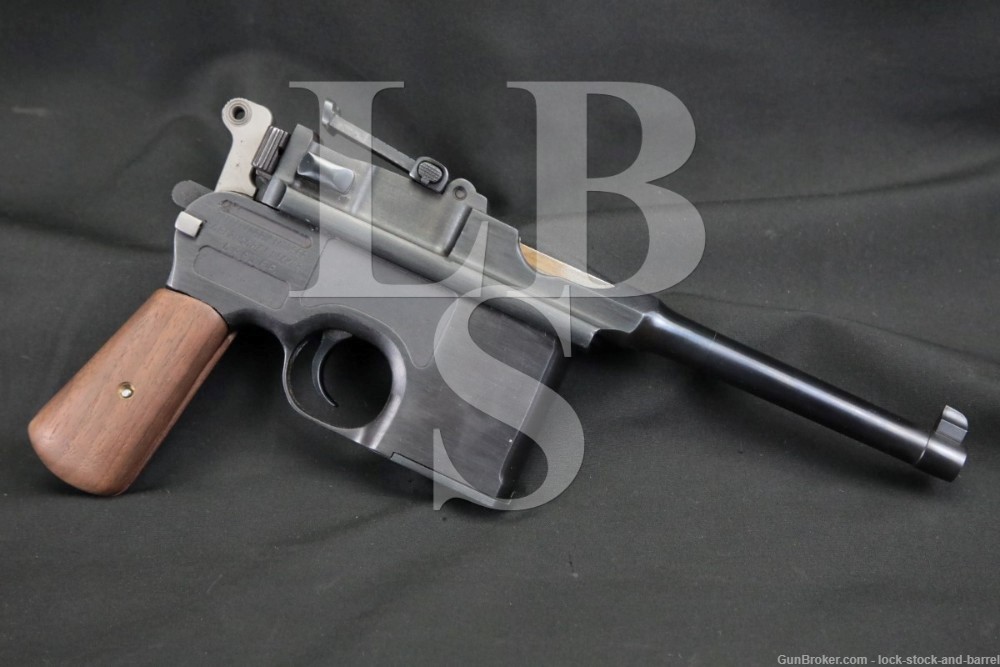 The Broomhandle Model 1896 Mauser is certainly an interesting looking firearm. Its features are the most distinctive of any other pistol. In addition to being popularized in Soviet films as the iconic weapon of the Russian revolution and civil war, it was even used as a basis for futuristic weapons like the blaster used by Han Solo in Star Wars. This pistol is a Post-War Bolo which was refurbished and converted for use with 9mm by Federal Ordnance, likely in the 1980s. Their efforts have yielded a good looking pistol which is chambered for a more common caliber than the original 7.63 Mauser. This pistol should appeal to anyone who always wanted to own a Broomhandle, and for those who missed out on the Fed Ord pistols back in the ’80s