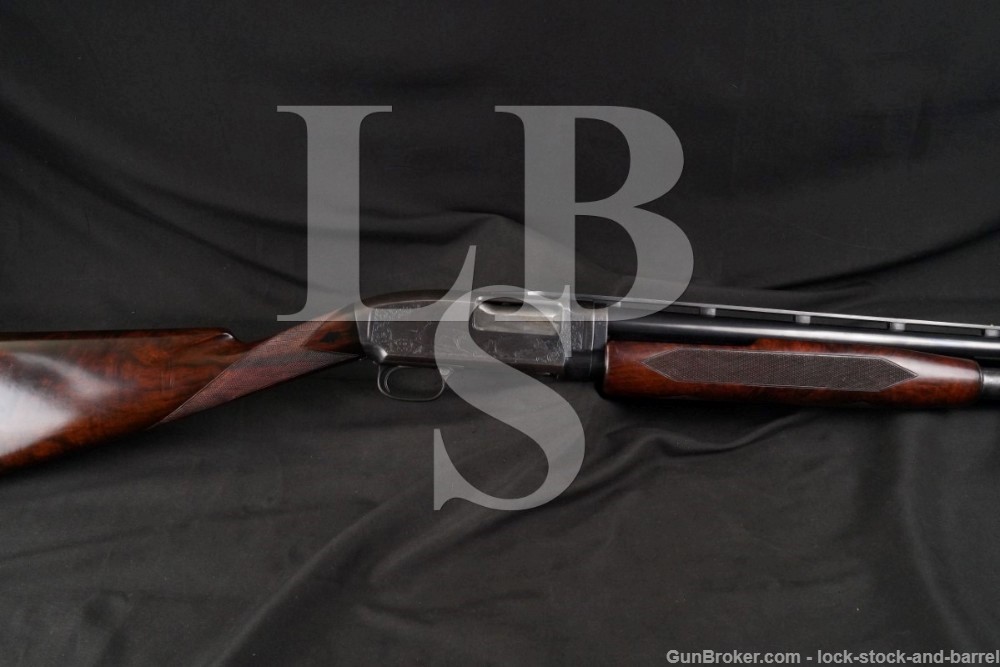 The Model 1912 (shortened to Model 12 in 1919) was the next step from the Winchester Model 1897 hammer-fired shotgun, which in turn had evolved from the earlier Winchester Model 1893 shotgun. The Model 12 was designed by Winchester engineer T.C. Johnson, and was based in part on the M1893/97 design by John M. Browning, in that it used a sliding forearm or “pump action” to cycle the mechanism. With forged and machined steel parts, the ultimate reason for discontinuation of the Model 12 in 1964 was that it was simply too expensive to produce at a competitive price. When the money talks, the people listen. The primary competition at this time came from the much less expensive Remington Model 870, which had been introduced in 1950.

This Model 12 is a 12 gauge made in 1926 and has a set of black diamond checkered select walnut stocks with a straight grip. It has beautiful scroll engraving on the receiver with scroll accents and has 30? vent rib barrel. The gun retains a good bore and mechanics, perfect for the range or the field. This classic American shotgun is ready to drop bird or dust clays for decades to come, and turn some heads while you do it