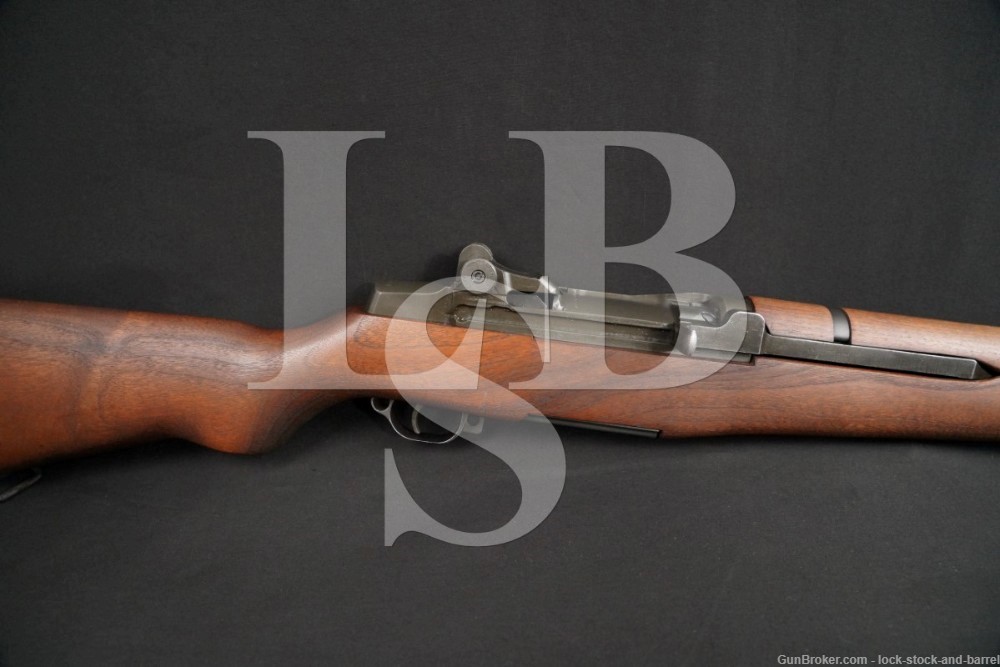 Stock Configuration & Condition: The wood stock has a pistol grip, metal nose caps, stacking loop, two sling loops, and a metal buttplate with hinged door for storage in the butt. The left side of the handguard and the wood below it show scrapes & scratches. The wood shows other handling marks. The LOP measures 13 1/8 inches from the front of the trigger to the back of the buttplate. The stock rates in about Very Good Plus to Fine condition.

Overall Condition: This rifle retains about 96% of its metal finish. The bottom of the receiver and the receiver legs have surface erosion & pitting showing through the new finish. The metal shows scattered scuffs and light scrapes. The op rod, receiver and bolt show light operational wear. The markings are well defined. Overall, this rifle rates in about Very Good Plus to Fine condition.

This Springfield Armory M1 Garand was originally made between 1955 and 1957. It appears to have been issued to a U.S. friendly county and imported into the U.S. It has since been converted to fire .308 Winchester by the importer. This is a good looking M1 Garand with lots of good markings. This will make for collectible M1 Garand that you can take out the range on a regular basis. Good Luck.