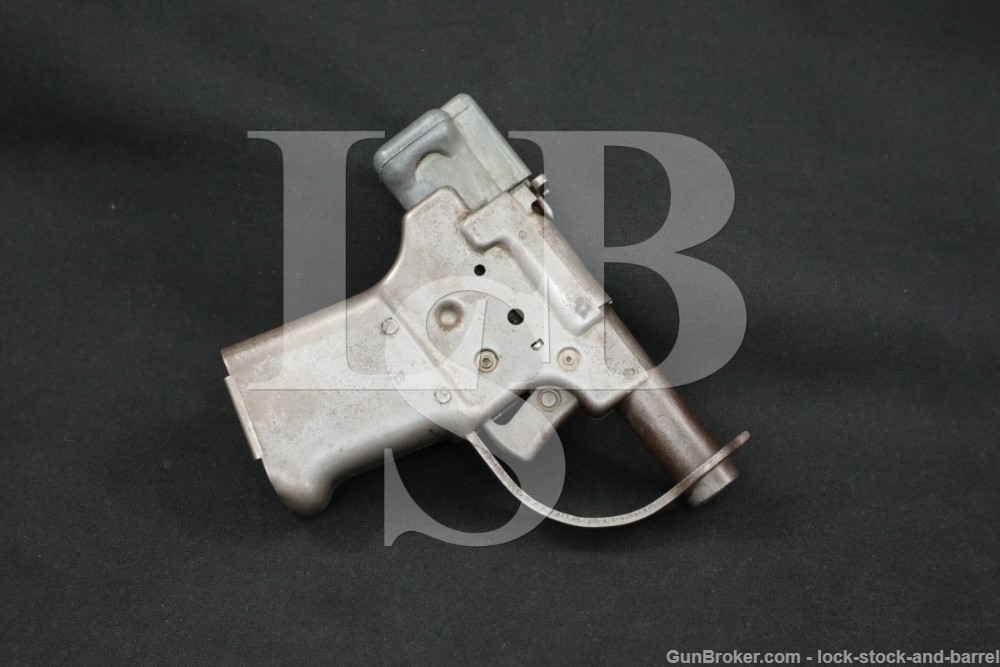 Stock Configuration & Condition: The grips are sheet metal and are integral with the frame. The grip portion of the frame has a few light marks and scattered discoloration from oxidation, in about Very Good-plus condition.

Overall Condition: This handgun has some casting flaws, lesser quality welds, etc., typical of this model’s production. The sheet-metal floorplate is missing from the bottom of the grip. That said, when it comes to wear or age, there is very little. The gun just shows a general light brown patina, with infrequent scattered erosion. This is truly as good as you could expect for an unfinished 70 year old gun. Overall, this handgun rates in about Very Good-Fine condition.

Mechanics: The action functions properly. The sheet metal floorplate is missing. We did not fire this handgun. As with all used firearms, a thorough cleaning may be necessary to meet your maintenance standards.

Our Assessment: Everyone wants one of these and the only thing to turn off collectors lately is the flooding of the market by VOCO Reproductions. This one, however, is REAL. Your best reference is Man At Arms, Vol. 35 No. 2, April 2013 – page 39. All features confirming originality are found on this pistol: 1) Poor welding on the top of the breech, 2) lack of manufacturers markings, 3) lack of serial number, 4) poorly cast cocking pieces, 5) .450 bore diameter (reproductions had a groove to groove diameter of ,454).

This example is in nice shape and would be a great addition to any WWII small arms collection. Please see our photos and good luck!