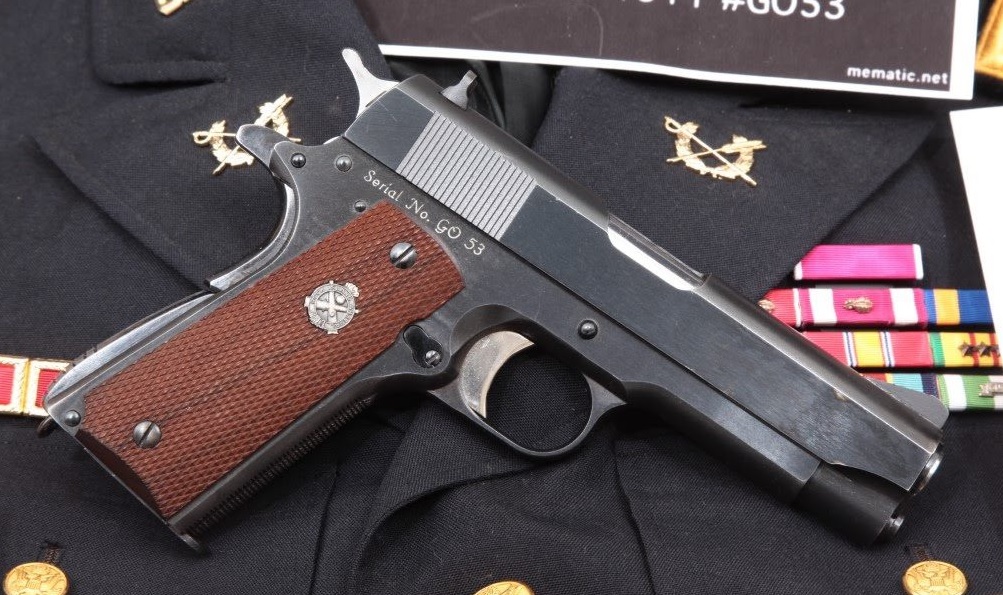 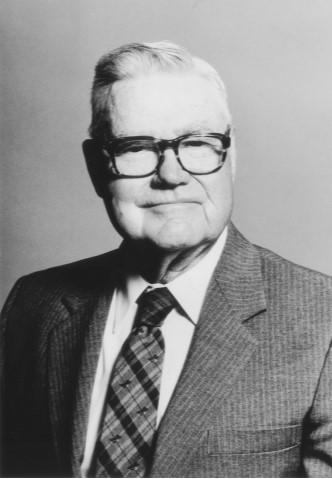 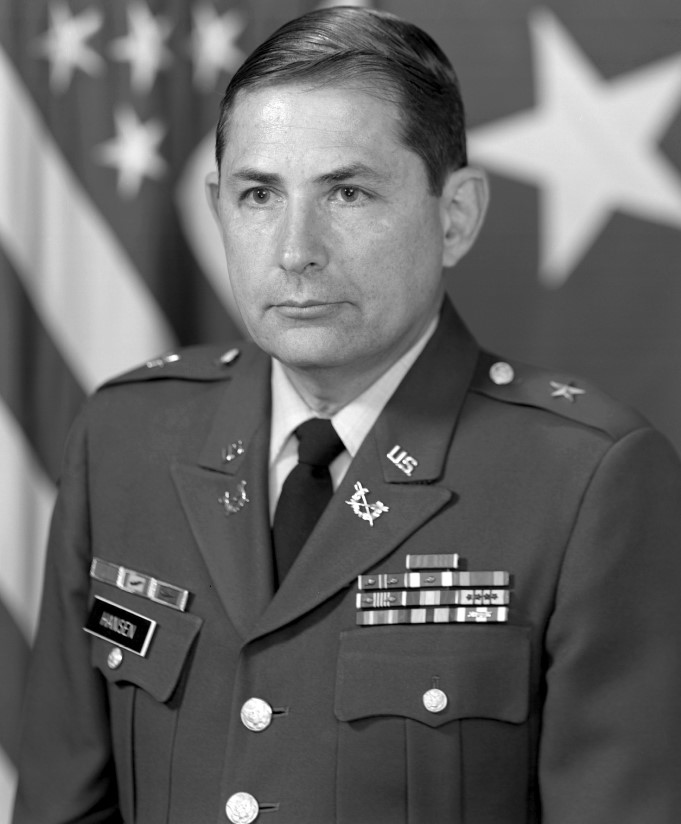 Butler was the retired associate deputy chancellor for agriculture for The Texas A&M University System from 1980 until 1986. He also served as associate vice president for agriculture and renewable resources from 1978 until 1980 and as professor and head of the department of animal science from 1956 until 1978.

He also had served as a consultant to the Nine Bar Ranch (Wortham Foundation) from 1960 until 1979.

“Certainly O. D. Butler has been a giant in animal science not just at Texas A&M, but throughout the world,” said Dr. Ed Hiler, Texas A&M University System vice chancellor and dean of agriculture and life sciences.

Hiler described Butler as a strong Aggie and added, “His major focus was on serving the people and that is an emphasis we continue today.”

Butler received many honors, included Progressive Farmer Man of the Year award for service to southern agriculture in 1966. He also received the American Society of Animal Science Animal Industry Service Award in 1979, Distinguished Alumni Award of the department of food science and human nutrition from Michigan State University, Research and Education Award of Gamma Sigma Delta in 1976.

He and his wife, the former Jane Gray, and his son, Jim, owned a purebred Charolais ranch in College Station.

Survivors include his wife and son, and another son, O.D. “Duke” Butler of Ponte Verde Beach, Fla., and a daughter, Jan Loveless of Midland, Mich., five grandchildren, and a great-grandchild.

Memorials may be made to the Hospice Brazos Valley, 205 East 29th St., Bryan, Texas 77803, the A&M Methodist Church, the Brazos Animal Shelter, or to the College Scholarship Fund in honor of Dr. Butler, c/o the Charolais Association of Texas, P.O. Box 2822, Cleburne, Texas 76033.

Ogbourne Duke “O. D.” Butler, Jr., one of the foremost animal agriculture leaders of the 20th century, was born September 29, 1918, in Orange, Texas. Interests in animal agriculture came as second nature to O. D.; his lifelong association began at an early age in southeastern Texas, where his family raised cattle and horses and cultivated a small section of land for vegetable production. He attended Orange public schools, where he was a student leader and was active in FFA and 4-H. O. D. was “double-promoted” twice and arrived at Texas A&M in the fall of 1935 at the age of 16. During his undergraduate days, he worked at the college livestock facility and served as a student janitor in several buildings, including the Administration Building, a facility in which he would have an office some 45 years later as Associate Vice Chancellor for Agriculture and Renewable Resources. As an undergraduate, Butler was a member and leader in the TAM Corps of Cadets and received a military commission upon graduation. After graduation in 1939, he was employed by the Food Service Department to manage the largest campus dining facility of its kind in the United States.

In January 1943, O. D. married Jane Gray, a native of Bryan, Texas. There they established their home and a ranching operation and raised three children: a daughter, Jan, and two sons, Duke and Jim.

In 1941, after Pearl Harbor, Butler entered active military service and embarked on a long career in the military. In 1944, Butler and forces (Headquarters Company, 12th Artillery Battalion, 2nd Infantry Division) arrived at Omaha Beach on D-plus one, the day that followed the D-day invasion. Then a captain, he was in combat for nine straight months. After being
wounded, he returned to the States and, upon leaving active duty, he joined the U.S. Army Reserves, in which he rose to the rank of Brigadier General in command of the 420th Engineer Brigade until his retirement from the military in 1977.

After his active military service, Butler returned to Texas A&M and served in the management of the Food Service Department. This was followed by teaching part-time and then as a full-time instructor in the Animal Husbandry Department upon completion of his M.S. degree in 1947. O. D. taught general animal science and meats courses and coached the meats judging team. In 1951, he was awarded a Rockefeller Foundation Fellowship, and in 1953 he obtained his doctorate from Michigan State University in animal husbandry and food science. He returned to Texas A&M as associate professor of animal husbandry prior to being named professor and department head in 1956, a position he held for 22 years. In 1978, O. D. was appointed by the Board of Regents as Associate Vice-President for Agriculture and Renewable Resources. Later, he was appointed Associate Vice-Chancellor for Agriculture, The Texas A&M University System, a key statewide leadership position he held until his retirement in 1986.

Under his leadership for 22 years, the Department of Animal Science continued as one of the outstanding livestock departments in the country. From the time of O. D.’s appointment as department head, he recognized 2 Carpenter et al. the importance of coordinating the teaching, research, and extension functions. O. D. understood that much of it was complementary and proceeded to coordinate these programs, thus multiplying opportunities. He was the moving force for developing outstanding teaching and research facilities on-campus and was an advocate and leader in establishing the statewide Research and Extension Center network. It was during this period that O. D. persuaded the Texas Legislature to fund Livestock Extension Specialist positions in 14 locations in the state. He was a major contributor to the various fields of study in animal sciences, which resulted in remarkable changes in animal agriculture and included the following: crossbreeding of livestock for increased productivity; reevaluation of the conformation, size, shape, and fatness of beef cattle; yield grading, tenderness and consumer acceptance of beef, and science based animal husbandry/science programs; and rigorous progeny testing/performance testing programs in the livestock industry. Butler served as a forceful leader for the animal industry in Texas. He is credited with organizing the effort to establish the Texas Veterinary Medical Diagnostic Laboratories and aided in the development of several producer/commodity organizations in Texas (Texas Livestock Feeders Association, Texas Dairyman’s Association, and the Texas and Southwest Meat Packers Association).

O. D. was an advocate of 4-H and FFA and provided the leadership for establishing many programs. An example was his leadership in establishing the Texas State 4-H Horse Show. At a time when the horse program in the department was practically nonexistent and the industry was in the doldrums except for racing and ranching, this show stimulated 4-H leadership development programs associated with the horse industry, which now involves over 50,000 4-H youths in Texas. The horse program in extension, research, and teaching flourished until it became one of the premier programs in the country. Similarly, sheep and goat work at College Station was too far removed from the major area of production to effectively serve the industry. Under Butler’s leadership, these programs were moved to the new Research and Extension Center at San Angelo, in the heart of sheep, goat, wool, and mohair production and marketing in the state and nation.

In 1964, Butler established a long-range building and facilities committee in the Department of Animal Science, an effort that resulted in modern facilities and state-of-the-art equipment and laboratories for an expanding faculty and student body. Facilities gained as a result of his foresight, determination, and guidance include the Kleberg Animal and Food Science Center, the Dick Freeman Equestrian Center and stables, the Pearce Animal Science Pavilion, the Rosenthal Meat Science Laboratory, and the Animal Science Teaching, Research, and Extension Center (including beef, sheep, goat, nutrition, animal euthenics, reproduction, and associated facilities).

While serving as department head, Butler served as a consultant and member of the task force selected to advise and participate in a study of livestock research for the USDA, 1964; served as consultant in meat technology, US/AID Buenos Aires, Argentina, 1962; was coordinator of the joint program of graduate work with the Foreign Agriculture Service and Consejo de Bienestar Rural in Venezuela, Caracas, 1961; was technical advisor for the specifications committee, Beef Grading Technical Advisory Committee, American National Cattlemen’s Association, 1961; and was special
advisor on Agriculture to governors of Texas Dolph Briscoe and John Connally and Senator (later VicePresident and President) Lyndon Johnson.

A passion for serving the animal industries of the state and nation was a trademark of O. D. Butler. He insisted that the animal science community assemble and obtain scientific data to be used in making regulatory decisions. To this end, he chaired the ASAS Committee on Regulatory Agencies from 1973 to 1980 in addition to serving as chair of the Council for Agricultural Science and Technology (CAST) Task Force on Safety Evaluation of Hormonally Active Substances in Foods in 1975. O. D. was one of the founding members and served on the Board of Directors of CAST from 1974 to 1983 and as president in 1980. He served on the Board of Scientific Advisors, American Council on Science and Health, from 1986 to 1989.

In addition to state, national, and international professional animal science activities, Butler served as a member of the executive committee of The Texas A&M University System/Bryan-College Station Council, a director of the Chamber of Commerce, director of the Brazos County Industrial Foundation, and an active leader in the A&M United Methodist Church, in which Jane and O. D. were named honorary stewards. Following retirement from TAMU, O. D. served as president of the American International Charolais Association and the Charolais Association of Texas and as chairman of the Brazos County, Texas Extension Council and the Brazos Valley Hay Producers’ Association.

In service to the national beef industry, O. D. served as co-coordinator for the state of Texas’s effort to pass the Beef Checkoff Referendum, which garnered an 89% favorable vote in the state. Additionally, he served in a leadership role in the initiative to eliminate brucellosis as a major bovine disease in the state. In fact, it seemed that O. D. Butler did not assume leadership in easy tasks; for instance, he even served as chairman of the TAMU Athletic Council during troublesome times. In addition, he was an advocate in such issues as crossbreeding of cattle, improving tenderness, screwworm eradication and surveillance, developing a cattle feeding industry in Texas, performance testing of bulls, brucellosis eradication, the beef checkoff program, the scientific basis for regulatory decisions on antibiotics, hormones, and chemicals, science-based undergraduate teaching programs, and fostering development of the registry for certification of professional animal scientists (currently ARPAS).

Without doubt, Ogbourne Duke “O. D.” Butler, Jr. was a memorable, wonderful teacher, leader, administrator, mentor, and brilliant innovator and thinker in the animal science and higher education community in the 20th century.

General Butler turned in the gun and it was then reissued to Deneral Donald W. Hansen 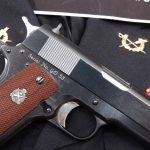 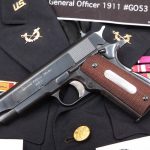 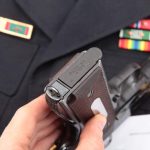 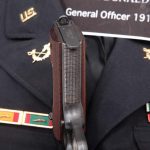 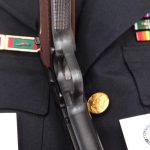 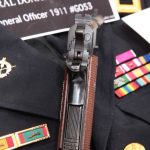 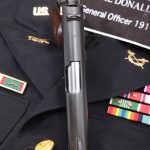 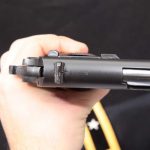 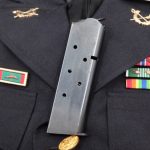 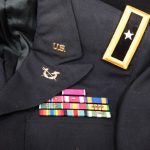 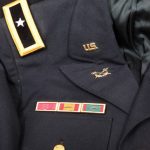 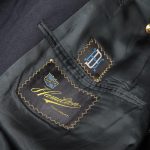 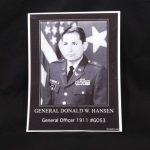 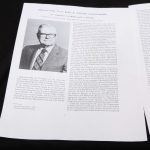 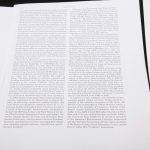 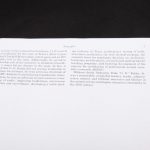 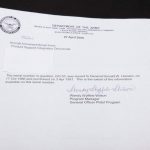 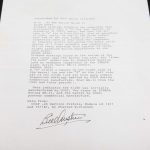